Franchise as a whole on mobile reaches $2.5 billion 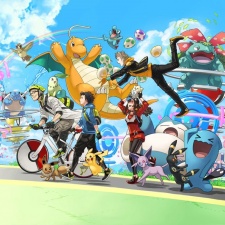 This figure counted towards 98 per cent of total player spending across all six Pokemon titles on the App Store and Google Play.

Overall the Pokemon franchise on mobile has made $2.5 billion to date, with the remaining five games bringing in $50 million.

By country the US topped the list for for overall Pokemon mobile game sales with $875 million contributed, which is the equivalent to 35 per cent. Following this was Japan, with $725 million equalling to 29 per cent.

Since 2014, overall downloads for the Pokemon franchise on mobile have hit 640 million, with Pokemon Go making up 550 million (86 per cent) of that number.

Pokemon Duel ranked in second with just over 39 million installs. It’s worth noting that these figures don’t take into account the interactive experience for young kids title Camp Pokemon.

With no signs of slowing down, Niantic’s Pokemon Go increased by 30 per cent year-on-year for the month of February with $57.4 million generated.

On top of these estimates, Pokemon Go has earned money from other sources of revenue including its live real-world events and sponsored locations.