Pole to Win launches its own PUBG Mobile esports team 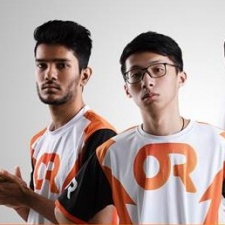 Outsourcing firm Pole to Win has made the surprise unveiling of its own PUBG Mobile esports team.

The new team, known as Orange Rock Esports, is made up of former Indian Tigers members and other pro players.

Currently, the team is training in Hyderabad India. It prevailed over 500 other teams in the country, earning the right to represent India at the Vodafone 5G PUBG Mobile finals in Milan.

“The growth and potential of esports is phenomenal,” said Pole to Win CEO Deborah Kirkham.

“Orange Rock Esports represents our first foray into an incredibly exciting arena. We are thrilled to join this rapidly growing industry and ready to cheer on our talented team.”

Pole To Win America and India president Kasturi Rangan added: “It’s predicted that there will be 557 million Esports enthusiasts by 2021 and PTW is eager to play a role in capturing the hearts and minds of esports viewers.

“At PTW, we are all gamers at heart, which makes this an extra exciting move for us. There was a recent PMCO event where the team attracted over 3.7 million viewers and was voted as the fan-favourite by over 660,000 votes.

“Many of us have been fans of the Indian Tigers, and now we look forward to directly supporting the success of our team, PTW’s newly-formed Orange Rock Esports.”

Tencent is holding its first PUBG Mobile tournament in India