There were five awards overall 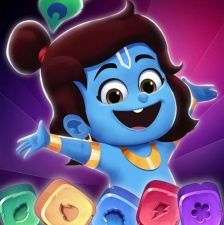 The winners of the India Game Developers Conference Awards have been revealed.

The awards ceremony took place during the India Game Developers Conference 2019 (IGDC) - with the intention of showcasing the games coming out of an ever growing market.

There were four game of the year awards -

A further accolade was given for the Build Your Own Game (BYOG) Game Jam.

Indie Game of the Year went to Possessions by Lucid Labs.

Upcoming Game of the Year - for which PocketGamer.biz was on the judging panel - was won by Big Boot Games' title Meteora. The runner up was Lights On by Seven Summits Studio.

Taking home Student Game of the Year was Bharati for Another World.

Finally, the BYOG award went to both Timeless Space by Keyur Rana and Times of Truth and Justice by Tanushree Bansai.

You can find all winners and finalists for the IGDC 2019 awards below:

Studio Game of the Year

Indie Game of the Year

Upcoming Game of the Year

Student Game of the Year

“Each year we are blown away by the selection of games, that is being developed and published by India’s games development community”, said the Chairperson of IGDC Rajesh Rao.

“From established studios to independent start-up’s - the quality on show this year was a testament to how Indian teams are continuing to produce exciting, innovative new properties that can continue to flourish and grow the region”.

You can find out more about the successful event in its website.