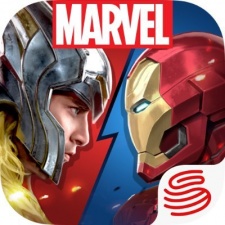 NetEase and Marvel Games will launch a closed beta for Marvel Duel later this month.

As announced on the game's website, the first closed beta for the free-to-play card game will only be available in Thailand and the Philippines. It begins on March 19th and is accessible on both iOS and Android.

There are several Marvel mobile games currently in the works – Netmarble is developing marvel Future Revolution, an open-world mobile RPG, for example.