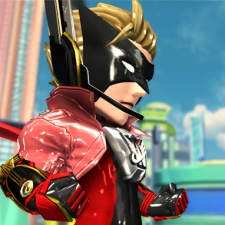 Backers of The Wonderful 101 Kickstarter campaign are being hit by unexpected customs charges and handling fees.

As shown on Kickstarter, many backers have blamed PlatinumGames for failing to mention the extra fees as part of its campaign, which incidentally goes against the rules placed by the crowdfunding firm in its support section.

Import fees must be made clear, and should have been detailed in the rewards section of The Wonderful 101's campaign and featured in the project description.

In the UK specifically, backers are looking at around £17 ($21) for a customs charge which would bring the price total for the game to over £50 ($60), when it could have been purchased two months ago in the country for £32 ($39). Backers across of Europe have reported similar problems.

In March, not long before the campaign came to a close, PlatinumGames executive director Atsushi Inaba explained that the fundraiser was "more about gauging interest" in the title. In less than 16 hours, more than $1 million was raised.