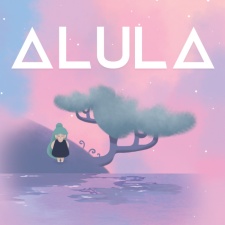 It feels like an age since we began hosting digital pitches in response to the global situation.

However, despite the circumstances that necessitated this move, our digital pitches have only gone from strength to strength. Allowing us to host an ever-increasing range of diverse brand new gaming experiences from some of the world's most exciting indie developers.

Most recently that meant hosting our most recent Digital Big Indie Pitch #4 sponsored by our season sponsors Kwalee and G-Star, in order to highlight the best and brightest indie developers we can both discover.

Once again, there was quality in abundance, as 15 of the most exciting indie developers from all over the world logged in from all over the world in order to showcase their latest works to some of our most established judges and journalists. Within the pitch, not only did we get lots of feedback from the judges, and an equal amount of positivity in the voting, but we actually saw more than half of the games pick up points in the final voting. A true testament to the amount of talent. Nevertheless, the judges did, in the end, settle on a top three, and a winner. That winner being Miracle Tea and their game Alula.

Of course, Alula, as you already know, was the winner, but if you want to learn more about not only Alula, but also our runners-up and honourable mention from The Digital Big Indie Pitch #4 (Mobile Edition) sponsored by our season sponsors Kwalee and G-Star, then simply read on.

Alula is a relaxing game that explores what it means to be alone in the universe. The core gameplay takes the form of a unique blend of solving constellation-based puzzles, growing plants, and customising your very own island. What's more, you'll also be able to join your very own community of online gardeners in order to share your creations.

It isn't just the gameplay that Miracle Tea has thought of though. As, throughout the game's narrative, you'll get to not only explore why you are alone on this island, through mysterious bottled notes that arrive on the shore but also who is sending these notes that form your only contact with the outside world.

Light The Fires is a stunning new puzzle game that offers gameplay that not only lends itself to a variety of different gameplay lengths and styles but also hopes to offer never before seen mechanics too. Currently, the game has 100 levels to challenge players, with more in production right now.

Beyond that, Dead Five is also planning a dual-monetisation system in order to allow players to adapt gameplay to whatever their preference is in this department too. All in all, it's a game that impressed the judges, thanks to a high level of simplicity and accessibility that seamlessly blends with an impressive amount of depth and individuality.

Through Breach Wanderers, Baronnerie Games has created what looks set to be a brand new take on the Roguelike Deckbuilder genre. As such, players can look forward to a high level of customisation, including the ability to customize not only your starting deck but also as the cards that you will see during a run

This unique gameplay helps to make the game far less dependent on randomness and luck, and in turn, allows players' creativity to shine. Of course, the ability to build unique decks centred around the player isn't the only customisation on offer, as Breach Wanderers also features an RPG-inspired customization progress system too, meaning you pick the way you level up, and in turn how you approach the gameplay.