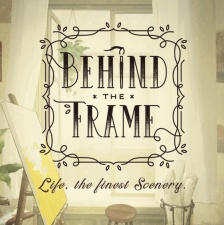 It feels like an age since we began hosting digital pitches in response to the global situation. However, despite the circumstances that necessitated this move, our digital pitches have only gone from strength to strength. Allowing us to host an ever-increasing range of diverse brand new gaming experiences from some of the world's most exciting indie developers.

Most recently that meant hosting our most recent Big Indie Pitch at Pocket Gamer Connects Digital #5 sponsored by Kwalee, in order to highlight the best and brightest indie developers we can both discover.

This time around we saw 13 exciting and interesting indie developers pitch their latest works to some of our most established judges and journalists. As always, the competition was extremely tough. Nevertheless, the judges did, in the end, settle on two honourable mentions, a top three, and within that top three, one winner. That winner was the interactive storytelling escape room title Behind The Frame. A game which you can read more about below.

Of course, Behind The Frame, as you already know, was the winner, but if you want to learn more about not only Behind The Frame but also our runners-up The Digital Big Indie Pitch (Mobile Edition) at Pocket Gamer Connects Digital #5, then simply read on.

1st Place - Behind The Frame by Silver Lining Studio

Behind The Frame is a game that seamlessly blends escape rooms room mechanics with a deep narrative. All of which has been done with the aim of creating a profoundly interactive storytelling experience that focuses on the characters' emotions and plot development.

What's more, it does this by utilising 360° panorama techniques and a gorgeous hand-painted art style in order to truly take the player into the world of Behind The Frame. To say that the judges were impressed with this game doesn't do it justice. In fact, it was considered to be one of the most complete games we've seen at the pitch, and in many ways was like an animated film come to life.

2nd Place - Cards of Terra by Everyone Is Solid

Cards of Terra is a game that seamlessly combines ideas from a wide range of globally popular card games, including the likes of Magic: The Gathering through to Solitaire On top of this, it also features a charming story about an alien process stranded in a fantasy realm.

As such, what began as out as an abstract game about subtracting numbers on the cards of different colours, evolved into a heartwarming story about loyalty, belonging and being selfless. Of course, on top of the new mechanics and the deep story, players can also look forward to 80 campaign levels and a deep and diverse deck-building game where players can create their own unique and custom decks.

Arenas of Ryst offers a simple yet exceedingly tantalising prospect. Imagine Clash Royale meets League of Legends and you've got the idea for this deeply addictive arena battler.

Within the short and snappy PvP / PvE, up to four players have three minutes to claim victory as they compete across three different arenas. For those who love fast-paced and addictive arena battlers, this may just be one key game to watch as it prepares for release next year.

In Gleem Lands players are offered a deeply strategic mobile-first game. One filled with collectable cards and multiple game modes, all of which promise to offer the player a slow burn of newly revealed content over the course of their time with the game.

Of course, it's not just new gameplay that's on offer, as Gleem Lands looks to constantly keep itself fresh and new through collectable rewards, ungradable troops and strategic multiplayer action alongside it's evolving gameplay.

Described as a cyclical adventure game, Archipelago is an experience in which each day in the real world offers up its own unique and fresh stage. As such, creating what you might call the ultimate bite-sized experience that encourages repeat play but yet never outstays its welcome.

What's more, as players return to the game, they will slowly over time also uncover more and more secrets. in turn, seamlessly blending traditional adventure game narrative design with the "daily challenges" of modern casual games.