"We can’t have no IED Pokémon on the FOB" 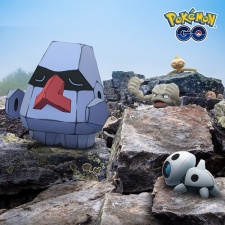 Following the withdrawal of the US military from Afghanistan, several Pokémon have been spotted at one of the largest US military bases in the country.

An article published by US military newspaper Stars and Stripes (via Eurogamer) included interviews with workers and soldiers who would play the location-based game while stationed at Bagram Airfield. The report highlighted how Pokémon GO became a way for people to socialise and create a community, including soldiers, contractors and visiting civilians.

While deployed at Bagram Airfield, as a Captain of the National Alaskan Guard John Stutter would regularly play Niantic developed title. After seeing that a local Pokémon Gym had been taken over by a Voltorb, a Pokemon known for self-destructing, he took action.

"I thought…. '(we) can’t have no IED Pokemon on the FOB.' You develop rivals who would take over your gym," said Stutter.

During the US occupation of the base, there were constantly changing Pokémon in the PokéGyms, however, this started to decrease as the US withdrawal progressed.

"I’m sure somewhere in Afghanistan, some kid is bragging about how he took control of an American Pokémon gym. Maybe in 20 years I can ride a motorcycle south and reclaim that Pokémon gym again," lamented Stutter.

Wilbur Landaverde, a contractor at the base added: "Being able to start a conversation with a complete stranger in the middle of a war zone about something like Pokémon was a great way to stay social."

Developer Niantic is preparing for a post-lockdown world toward the end of July, returning to some of the game’s original concepts.