The game is only the third to reach this milestone 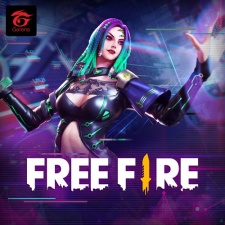 Garena Free Fire has been downloaded over one billion times on the Google Play store.

Developed by Singapore-based studio Garena, Free Fire is the first battle royale game to cross the milestone on Google Play and the third mobile game to do so, joining Subway Surfers and Candy Crush Saga.

An in-game event will be held to celebrate the milestone in August that will coincide with the four-year anniversary celebration event.

Garena Free Fire has proven to be massively popular, recently reaching up to 100 million DAUs and earning over $1 billion within the first two years of release. The game retains a large fan base in India where a majority of players reside. Despite this, Free Fire grossed $100 million in the US for the first quarter of 2021.

The game also has a large esports community and the Free Fire World Series 2021 Singapore was confirmed to have hit a peak of 5.4 million concurrent viewers, a global record for esports viewing.

This year the game has had several partnerships with companies, celebrities and media franchises, including McClaren Racing, Cristiano Ronaldo and Street Fighter.

With the recent return of PUBG to India in the form of Battleground Mobile India - which reached 16 million DAUs in 10 days - Garena Free Fire may not hold the top spot for much longer.

Meanwhile, Fortnite has had calls to be banned in Indonesia by a minister after a sacred building was thought to be destroyed in-game.