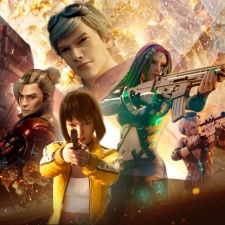 Update: Garena has confirmed that Free Fire Max will be launched worldwide next week on September 28th.

Players are still able to pre-register for Free Fire Max until September 27th and will still be entitled to receive pre-registration exclusive rewards.

Free Fire Max is a standalone app that offers the same gameplay as Free Fire but with additional features, such as enhanced graphics.

Garena has stated that Free Fire Max is supported by its in-house technology, Firelink, which allows "complete interoperability" between the enhanced version and its predecessor.

Players will be able to play Free Fire Max with previously existing accounts, sync all account data between the games and play all game modes with players of the standard Free Fire.

Free Fire Max will be available worldwide on Google Play and pre-registrations open on August 29th.

The news comes as Garena celebrates the fourth anniversary of Free Fire, with an in-game party scheduled for August 28th.

A new, additional game mode, The Clash Squad Cup, will be available from August 28th to August 29th as part of the celebration. Players compete in teams of four and play three matches and are rewarded based on their performance in these matches.

Players who log in on August 28th will receive Like Mike’s character, Thiva, for free and also receive magic cube fragments after every match played on that day, with the exception of the new game mode.

Amid concerns surrounding the COVID-19 pandemic, Garena has cancelled the upcoming Free Fire World Series esports event that was due to take place this November.