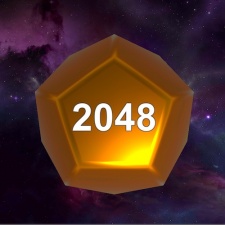 Co-creator of Sonic the Hedgehog.

Games industry veteran Yuji Naka has recently made the jump into the mobile games space with the solo development of a hypercasual title, Shot2048.

Best known as co-creator of Sonic the Hedgehog, Naka has held positions at Sega and Square Enix, as well as establishing his own games studio, Prope.

In addition to Sonic, Naka has worked on other games including NiGHTS Into Dreams, Billy Hatcher and the Giant Egg, and Balan Wonderworld.

When asked how the decision to develop a hypercasual title came about, Naka told PocketGamer.biz: "I love making character-led action games with different people, but I can't draw well enough to do it alone, so I decided to make a hypercasual game."

Despite 37 years of industry experience, Naka stated that he was unable to find a job following his resignation from Square Enix and this encouraged him to develop Shot2048 alone.

The development of Shot2048 took about 6 months, with Naka revealing that the idea to create a mobile game followed conversations with his children. The purpose of the game is to shoot numbered polyhedrons at the same number to eventually reach a score of 2048.

"It's easy to make a hypercasual game, but it's hard to make the features around it for release, such as device support, billing, advertising, sharing, reviews, et cetera," added Naka.

"I think mobile games will become more and more popular in the future. If I can find some ideas for the next one, I might make another one."

Shot2048 is available free-to-play on the App Store and Google Play.

Supersonic hosting its second hypercasual contest with a $200,000 prize from 1 May