The Witcher: Monster Slayer, will be shut down early next year alongside its developer Spokko, whose talent will be folded into CDPR 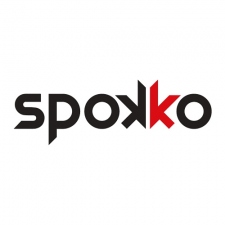 Yesterday, developer Spokko announced that the AR spin-off of the Witcher franchise on mobile, Witcher: Monster Slayer, would be shut-down in June of 2023. The announcement came in tandem with the announcement that Gwent would also be ceasing development of new cardsand handing balancing tools to players for the game’s continued lifespan.

It marks a major turning point in CD Projekt Red’s mobile strategy, as the company reorients since its recent strategy update indicated a renewed focus on mobile.

An FAQ posted to Spokko’s website suggests that the company will be absorbed by CD Projekt Red, with developers potentially brought over but layoffs likely to happen for some. “While The Witcher: Monster Slayer was an incredible journey, unfortunately, it did not reach our business expectations. Following CD PROJEKT’s most recent change in its long-term product strategy, we plan to start structural changes in the capital group. Moving forward, we plan to roll Spokko into CD PROJEKT RED, with a part of its staff given the opportunity to join core CD PROJEKT development projects.”

Where now for CDPR on mobile?

It was unlikely that, in comparison to Gwent, Monster Slayer would receive any further long-term support. AR games are by their very nature reliant on outside servers and myriad real-world data which was likely deemed as unfeasibly prohibitive to keep running. Players who feel they may be missing out are still able to download the game until the 31st of January and play until the 30th of June 2023.

However, what’s more interesting is what this may indicate about CDPR’s mobile strategy going forward. The Witcher is one of their biggest franchises, however another game has crawled from the ashes due to a recent surge in interest and sales: Cyberpunk 2077. With the release of the anime series Cyberpunk: Edgerunners, CDPR saw a spike in Cyberpunk 2077 interest and sales. This came alongside the announcement of the game’s story DLC and of a sequel being developed.

It’s possible, if not likely, that CDPR will therefore seek to take the Cyberpunk franchise to mobile. What form this may take is up for debate, as with Gwent and Monster Slayer, CDPR touched on two lesser-utilised genres. Whether we’d see something equally interesting or a safer mobile game format remains to be seen.

The shuttering of Spokko however, is sadly an indication that CDPR is unlikely to be working on these sorts of games in-house anymore. The company was acquired back in 2018 by CDPR and will now see some developers move to ‘core developments’ whilst others are to face the sack.