How has the 2015 restructure worked out for Konami? 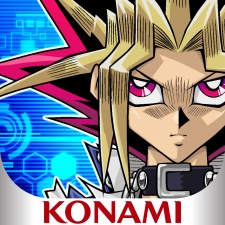 As far back as May 2015, Konami was already seriously considering a mobile pivot.

And by September that year, following the launch of Metal Gear Solid V: The Phantom Pain and an unfriendly parting with series creator Hideo Kojima, the Japanese firm officially restructured.

The new-look Konami, it was said, would be moving away from the relatively high risk blockbuster console game development in favour of a shift to mobile.

This attracted the ire of Konami's traditional console gaming fan-base, who saw it a death knell for the likes of Castlevania and Silent Hill - indeed Kojima's Silent Hills was cancelled.

The subsequent announcement of upcoming console game Metal Gear Survive, a co-op focused spin-off in which Kojima has had no involvement, has done little to assuage these fears.

But two years on, has Konami's focus-shift to mobile been vindicated?

Konami's first financial report post-restructure reaped the benefits of both its old and new businesses; game sales were up 27% and game profits up 110% for the year ending 31st March 2016, with mobile baseball game Jikkyou Pawafuru Puroyakyu meriting special mention while the launch of Metal Gear Solid V: The Phantom Pain on consoles will have also provided a major boost.

2017 has been the year in which Konami really seems to have hit its stride on mobile.

This, in broad strokes, bears out the theory behind Konami's move to mobile: that with free-to-play games, it's possible to achieve more with less investment.

But 2017 has been the year in which Konami really seems to have hit its stride with mobile games. For the six months ending September 30th, Konami's revenues from Digital Entertainment – the banner under which it includes mobile games – rose 28.7% year-on-year to $506.6 million. Profits also grew by 40.6% year-on-year to $150.7 million.

Digital Entertainment has become the company's fastest-growing sector. Games like Yu-Gi-Oh! Duel Links have been the engines of this growth; the anime tie-in recently hit 55 million downloads, its last 10 coming in just three months.

Duel Links has benefited from the international appeal of the Yu-Gi-Oh! IP, so far topping the iPhone grossing charts in 17 countries on at least one occasion.

It's been a solid performer in the US too, where – barring a recent downturn – the game has regularly appeared within the iPhone grossing chart's top 100.

But Konami's native Japan has been one of the biggest markets for the title. Launched nearly one year ago, Duel Links still regularly enters the top 10 on the Japanese iPhone grossing charts and has left the top 100 only a handful of times.

One of Konami's longest-running mobile successes is the even more Japan-focused Jikkyou Pawafuru Puroyakyu, launched in 2014, which received a nod for its stable performance in the company's latest financial report.

It surpassed 32 million downloads in August 2017, and has not once dropped from the Japanese iPhone top grossing charts since launch. As of November 1st it was riding high at 11th.

The football franchise is one of the few that Konami continues to support on console as well as mobile, and evidently has big plans for.

PES 2017 is a console-style experience on mobile, which has found a good level of success particularly in Japan. PES Club Manager, now more than two years old, is also performing solidly within the Japanese iPhone grossing chart's top 200.

But it's PES Collection, a card-based game, which has shown the most remarkable longevity in Japan. Launched in 2013, it still ranks mostly within the top 100. It's sat at 60th in the country's grossing charts as of November 1st.

All this points to a level of success in mobile that goes some way to vindicating Konami's strategy, and certainly makes it difficult to argue - at least from a financial standpoint - that the firm should instead be taking bets on console games.

Perhaps the most surprising, though, is that the majority of the mobile games leading the way for Konami actually predate its decision to focus on mobile.

Simply paring down its focus, even without splurging releases, has paid dividends. Konami will be hoping that another two years of this strategy will provide yet more progress.