Oscar Clark on the reasons to release a paid game

F2P is not the only way 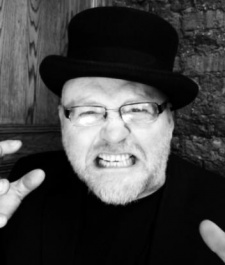 For a change, this month I wanted to turn my usual approach and to try to show that I can see the other side of the monetisation debate.

I'm going to make a go at defending the paid game.

Oh! What's this I hear? Some regular readers of PocketGamer.biz saying 'Is Oscar backtracking on free-to-play?'

Well, no. I still believe that the free-to-play model has the potential to unlock audiences and revenues in stable ways which will bring (eventually) more innovation and joy by making 'better' games.

However, in the spirit of games-as-a-service, we have to reconsider the role of monetisation.

We have to accept, I believe, that the choice of paid up-front has a role to play for some games. (By the way I will exclude 'paymium' games, those with both up-front payment as well as IAP, partly as I think they are a bad idea - in the long run at least - but mostly as there isn't enough space in just one column.)

The first and obvious positive thing about a paid game is that from a consumer perspective we set an upfront expectation of value that allows us to define a level of trust. This game will only cost you $1.99 etc.

That makes the player's decision whether to buy or not feel safe and comfortable. It also fits into the physical retail world view we are all familiar with. But whilst this is true, it's not necessarily as important as we think. If we have a game which is free, delivers on its promise and offers further delightful purchases, then spending can be a positive choice.

The downside of a paid game is that a lot of potential players will never download it - put off by the paywall. However, where we have a niche title, or one with an established loyal fanbase, there may well be a sufficient large audience of paying players giving us their money now; so we don't have to wait.

There is one motivation which I happen to completely accept: Not every game has to be a service.

That might be enough to be commercially successful. It might even - if your marketing was good enough - mean you get the majority of your potential payers.

Swrve's report in February showed 1.5 percent of players are paying for freemium games and although (as you will know if you read last month's column) I don't accept that report's conclusions for various reasons, for some games the proportion of payers to players might be low; especially if your game isn't social in nature.

There is also the idea that going paid means less competition than free games and can help some games secure an exclusive featured slot on the App Store and Google Play.

To be honest, I'm not sure this is really true and when you realise that a top 10 paid game might be only the 300th highest grossing game we are left with little advantage.

So far, the usual arguments don't seem particularly compelling. However, perhaps this isn't a simple commercial decision. With that in mind there is one motivation which I happen to completely accept.

Not every game has to be a service.

As painful as that might be for someone like me to write - especially having just released a book on the topic - sometimes we just have an idea for a game; a one-off product.

That game might be something we want to release and forget about: something we do for our own artistic needs. The objective is not to make a sustainable business. It's not about building ongoing engagement. It's bringing life to an idea and releasing it onto the world.

That frees us to complete all the rough edges and polish our jewel within its own defined space. That is an alluring idea.

Look at The Room  or Monument Valley. Both are self-contained, constrained; yet extraordinarily joyful experiences.

Personally I think of them more as puzzles; as they are highly directed experiences, but that is in no way meant to diminish their extraordinary quality.

Why do I bring that up? Well, I wonder if it's a useful constraint for making a paid game.

Oscar Clark is evangelist for Everyplay and Author of  Games As A Service: How Free To Play Design Can Make Better Games.

Can promotional events like Red and Black Friday drive monetisation?