Rise and fall: The numbers behind the lifecycle of mobile games 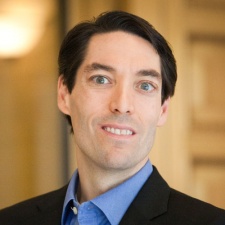 One of the most popular games over the last two years, Candy Crush, reduced its 2014 forecastafter reporting lower-than-expected second-quarter revenue.

This caused some unwarranted hand-wringing in the press about the future of mobile games.

While it may be newsworthy for a juggernaut like Candy Crush to see falling revenues, it's actually nothing new - and gaming isn't going away anytime in the foreseeable future.

Unlike traditional console games that have lengthy lifespans, mobile games can only ride the wave for so long. As evidenced by a recent Flurry report, games have the shortest half-life of any app category.

For games, on average it takes just two months for the app's monthly users to decline to 50 percent of their lifetime peak.

To analyze this trend, we gathered our own data from five games that have been out for over three years, with over 20 million downloads each, including two simulation games, a trivia game, a card game, and a family game.

What we found is that Candy Crush is experiencing a completely normal cycle of usage.

As you can see from the chart above, this data reveals a very consistent retention curve, even among these five very different games.

In month 0, by definition, these games have 100 percent engaged users. By month one, that drops to 43 percent.

Based on this data, we can model out how many active users a developer can expect to see given a fixed number of users acquired per month.

A pattern is clear with these curves, regardless of the number of new users acquired per month.

Knowing this, it's easy to see that the decline of Candy Crush - which is now in its 22nd month - is completely normal.

So what does that mean for gaming apps?

Well, for starters, to increase their active user base over time, game marketers will need to figure out how to increase either user retention rates or monthly user acquisition. But of course, both of those options become exceedingly more difficult over time, and if these big shots couldn't do it, it doesn't bode so well for smaller developers.

Everyone is playing mobile games, but they don't play them forever.

That being said, there are still steps marketers can take.

Some may try to retarget lapsed users, which may be effective, but likely won't get an app anywhere near its peak usage numbers. Another tactic is to refresh and update the game to re-attract old users and/or acquire new ones.

In many cases though, the most successful recourse is to move on and start developing a new game.

Whether it's a sequel, a new game with similar characters and environments but different gameplay, or a totally new game altogether, a new launch takes advantage of the excitement and interest levels that drive the best overall results.

Everyone is playing mobile games, but they don't play them forever. Understanding and planning for the cyclical nature of mobile games (before they launch) may be your ticket to long-term success.

Watch iOS 8 take over the world with Fiksu's live analytics