The downsides of and alternatives to incentivised video ads 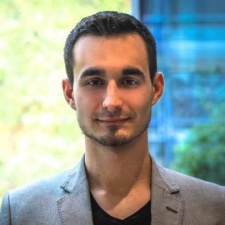 Next Games recently reported an 80% opt-in rate for rewarded video ads and $0.06 for ARPDAU.

This is a great achievement for them, however there is a dark side to incentivised video ads.

This means there's a camp of "non-watcher and non-spender" players who game publishers are not monetising fully, which is a huge loss of potential ad revenue.

This figure will of course partially depend on how well this is implemented i.e. a button in the core game loop that is simple to access will most likely have a better opt-in rate than one which is tucked away behind several menu layers.

A significant percentage of users do not opt-in to watch video ads.

According to Statista, the average session length for a game is 7.55 minutes.

A video ad can take up to 30 seconds, and for games with shorter session lengths, it is entirely plausible players are not opting in because of the time it takes relative to the session time.

In addition, some players simply do not like video ads, particularly as they have to be held captive to receive their free currency or power-ups.

Looking at revenue, game publishers do not always get paid for showing incentivised video ads.

Soomla recently reported that most of the video ad-networks are not paying for video views at all.

They are paying a share of the revenue they are making which means the developer is getting paid mostly for installs that the video might be driving".

Some video ads are actually on a CPI (cost per install) basis. This is not immediately transparent, and one should exercise caution about choosing their incentivised ads partner.

Of course, video ads tend to be for other games.

Fisku reported that publishers are paying up to $3.50 to acquire one loyal new user. Yes, just one.

Therefore, game publishers could actually be wasting money via incentivised video ads by referring them to another publisher's game.

Finally, there is a hard-limit on how many videos can be shown to players.

Even if players are happily opting in to watch video ads, an issue is that if they are not interacting with the video ads, some game publishers will stop serving them altogether as their overall eCPM can suffer.

Publishers may be self-limiting their own revenue because of this issue.

What are the alternatives?

Incentivised video ads are but one tool for monetising games. And as with any tool, it has advantages (high CPMs) and disadvantages (churn, high percent of non-watchers).

Game developers and publishers should use them with caution, and also offer alternative opt-in options where possible for monetising 'non-watchers', including: