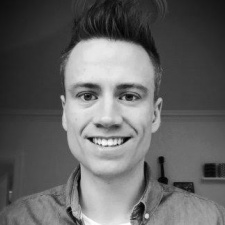 The developer behind the hit mobile game Subway Surfers is opening a new publishing division, PocketGamer.biz can reveal.

Danish studio Kiloo has found huge success in mobile with its endless runner Subway Surfers, developed in collaboration with SYBO. The game is now one of the most downloaded mobile games of all time with more than one billion downloads.

But it's not just a company riding on the success of one hit. Kiloo has in fact been around since the mobile gaming dark ages of 2000.

It's highly significant then that having seen the entire progression of the mobile games industry thus far firsthand and being behind one of the biggest mobile games ever that Kiloo is now opening a new publishing division.

The company has already made its first foray into publishing with Hamburg-based Voony Games' puzzle title Tesla Tubes. And with that experience deemed a positive one, the company has plans to publish more.

As such, PocketGamer.biz reached out to Kiloo's new Director of Publishing Jeppe Bisbjerg - formerly VP of Production - to learn more.

PocketGamer.biz:. From co-developments on the likes of Subway Surfers to now opening a publishing division, what do you see as the value of working with other developers?

Jeppe Bisbjerg: For us it’s always been a natural part of our DNA. I’ve been with Kiloo for 7+ years and in that time we have done countless co-productions, external collaborations, work-for-hire projects or similar setups.

It keeps us from being confined to our own little design bubble.

To me it brings a tremendous amount of value both design-wise, culturally and it just keeps us from being confined to our own little design bubble. It’s healthy for us as a developer, to put it simply.

With so many other mobile publishers out there right now, how will you convince devs to partner with Kiloo?

I believe our strongest argument is our track record as a developer.

We have been a company since 2000, are independently run, have worked on a number of close collaborations with other studios and offer a very strong platform with the games we have released over the last five to six years.

I like to say we offer the benefits of working with a bigger company, but without the downsides of being lost in a big machine.

Is your stated interest in "single player / portrait games" an attempt to maintain a consistent Kiloo style? Do you consider this important?

Single player / portrait mode is a way to identify how most players on this platform play games.

We have tried our hands with both landscape and multiplayer in many forms, from Smash Champs to Spellbinders and Bullet Time, and we have even more titles underway in this mould. But I’d like to also tap into the beauty of surface simple, endless depth type of games that are typically offered in portrait.

Games with as little friction as possible to be more precise.

I consider our style to be broad, but with a signature mark of quality no matter which genre we work with, so I’d like to continue that in publishing as well.

For the majority that fail to reach the massive scale of Subway Surfers, do you think these kinds of experiences have more difficulty monetising effectively? How will you help developers tackle this?

In the current market, it's not enough to simply create what you believe to be a nice game.

We used to be a much smaller company, and we have had our shares of “failures” as well, but I like to believe in minimising risk and one way to do that is to release often to garner as much experience as possible.

This is part of what we can help indie developers with: reducing risk. In the current market, it's not enough to simply create what you believe to be a nice game.

We have tried our hands with a number of genres, design concepts and styles over the years, and at this point at least have a slightly better understanding of what works and what doesn’t work.

As a publisher, exactly what services will you be offering to your partnering developers, from a project's start to finish? Will this be a case-by-case decision?

Great question. Of course we do have a set of standard terms as a foundation, but ultimately every game is different and probably requires modulations.

First and foremost, we offer our experience as a game developer on mobile, secondly Kiloo is a larger company by now with experts in many fields that I know smaller companies lack the resources to have.

So everything from project funding, marketing, QA, analytics, backend infrastructure and business development can be offered, depending on the project and partner's needs.

What did you learn from your experience with Tesla Tubes?

We definitely learned a lot in terms of the difference between co-producing and publishing.

Tesla Tubes was an almost-finished game, when we took it on and worked with Voony Games on changing designs and art styles.

We needed to do some reviews and feedback rounds a lot differently, when we didn’t have a fixed full team working with our partners at all times.

In the end, however, the game was launched side by side with all our other releases in 2016 and got a lot of attention at launch, so in that way it was a very positive experience.

It also confirmed us in our belief that we had something to offer as a publisher.

For Kiloo as a company, how significant a move do you consider this to be for your position in the industry going forward?

I feel this is a natural next step for us. We have been releasing games on iOS and Google Play steadily since 2009, but we are first and foremost here to develop as many great experiences as possible.

Expanding our portfolio through publishing strengthens the entire span of our games.

Expanding our games portfolio through publishing strengthens the entire span of our games.

Again, it greatly minimises the risk for each game, it provides us with even more platform volume and allows us to have a quicker turnaround from product to release.

How big is the publishing department and will you be hiring new team members to bolster your expertise in the area?

Right now, we are just a few people focusing exclusively on publishing, but partners will be connected to our experienced in-house teams such as marketing, quality assurance, analytics and business development.

They will be able to send feedback back and forth, so it is as much of a collaboration as possible.

If all goes well, we will be scaling in publishing specifically as well, as we continue to expand our portfolio.

Will internal game development at Kiloo continue with the same focus?

Yes, no doubt. We still have a number of internal game teams only focusing on new projects, so we continue to view ourselves very much as a game development studio first.

In an ideal scenario, our own productions rub off positively on our publishing projects and vice-versa.

The quality should always be platform-leading, the design accessible and engaging, the art and universe memorable as well as vibrant – this is how you create lasting products, and optimally that’s what you should get from downloading a Kiloo game.