Gamee's Bozena Rezab on the opportunities for developers and brands 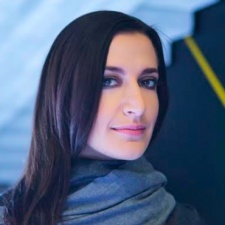 Bozena Rezab is CEO and Founder of Gamee.

Gaming has become one of the fastest growing sectors, take eSports for example which has been valued at $500 million with expected annual growth of 22% by 2020, and companies such as Roblox securing $92 million in funding earlier this year.

This surge isn’t necessarily attributed to an increase in the quantity and quality of games, but due to ease of access via web and messaging apps which have have experienced huge growth by integrating more and more functionalities such as ecommerce and live chat to keep users engaged within their platforms.

HTML5 is helping to fuel this growth due to the fact that it works on any browser on any device with no need for additional installations or plug-ins, making games instantly playable and shareable across all platforms, rivalling the performance offered natively on mobile devices and making Flash completely obsolete.

Due to HTML5’s increased optimisation on all devices and platforms, there’s a potential for games to be played instantly across an estimated three billion smartphones globally.

Until now, for a user to play a game they would have to go to the store and download the app to have access to play it. Although playing in a browser might seem like a challenge since there’s still a strong habit for apps, web technology is showing a similar behaviour to native apps and its performance barely differs.

HTML5 is helping to fuel this growth due to the fact that it works on any browser on any device.

The first apps to offer HTML5 games developed by third-parties and embedded in their platform were messaging apps such as WeChat, Telegram, Kik and Messenger.

They use games as a tool for increasing user engagement, with social gaming platforms such as Gamee examples on how to apply this technology, present on platforms such as iMessage, Kik and Facebook Instant Games.

This is where chatbots, specifically in messaging apps, come into their own. Users interact with them natively using them to make purchases or using services such as Uber, etc., without having to exit the app.

Why is this so interesting? The fact that users can have access to games within seconds whilst staying on their favourite chat app makes game content creation a must for brands. Ad blockers and the constant spam of advertising to users have created a generation which is harder to reach and attract via more traditional methods.

Many brands have already taken action on this and are trying to reach their audience by making them part of their stories and creating a bond with their products or updates.

Take NASA for example. In 2012, Curiosity Rover successfully landed on Mars and on its fourth anniversary launched a game called ‘Mars Rover’, which allows you to drive the vehicle around Mars in search of water.

The uniqueness of the game was its design, the gravity was specifically adapted to mimic conditions on Mars during gameplay.

The reason NASA created this game was not just to increase the visibility of its brand but, more importantly, to increase engagement and stickiness with its audience whilst also educating them about its space missions.

By creating this game via HTML5 on a social gaming platform it made the title instantly playable and shareable via all the main messaging apps, Facebook Instant Games and on any browser via a single link.

In just 10 months, 16 million players from all around the world spent a total of over 112 years of playtime on Mars Rover.

The biggest attraction for users is the shareability of the games. You only need to open the chat, bring the bot into the conversation and share games with your friends, and create a gaming group and share your scores.

All this without exiting your messaging app or browser. This is why more and more brands such as Coca Cola, Bershka, Skoda and Guinness World Records are investing in this type of content as part of their overall marketing strategy for acquisition and retention of users.

Brands shouldn’t ignore the rise in importance of bots, with 2016 seeing $230million in chatbot funding, 100,000 bots launched in Facebook Messenger and 50,000 in the App Store.

Games in the age of messaging apps