Jordan: A pioneering history and promising future in mobile games 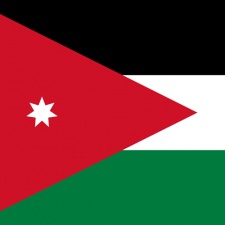 This article was written by our friends at PocketGamer MENA - a B2B mobile games industry site written in Arabic.

In 2003, Maysalward was founded and it became the first mobile game studio in the Middle East.

As in every start-up launch, the company faced significant challenges, including the absence of talented Arab human resources specialised in programming and designing games for the mobile platform.

The founder of the company, Nour Khrais, and the Jordanian team insisted on achieving success through proper planning to build their capacities in mobile games development and design that were mostly found in Europe at that time.

Cooperating with European game studios was the first step taken by Maysalward in order to publish game titles in the MENA region after proper localisation and culturalisation to fit the audience in the region.

Through these partnerships, the team has learned the various mechanics of developing mobile games. Besides, these acquired skills encouraged the team to take the first step by building a technical apparatus, that would later be used to design enhanced Arabic game from scratch,

But the lack of local technical capabilities from mobile games developers led to Maysalward to invest in building a team outside of Jordan.

The first game, Backgammon, was released in 2004 as the result of a contractual job with Siemens Mobile Devices in Dubai, which occurred alongside the launch of one of its new devices in the Arab world.

This success was emotionally and materially essential to fuel and energise the team to develop its second game, Trix, an Arab-style card game. It was agreed at that time to distribute Trix through the Jordanian telecommunications company, Fastlink, which would later become part of Zain.

One of the challenges that Maysalward faced early on was the lack of an app store at that time, leading to the inability of telecom companies to reach their mobile users.

In addition to this, the return on investment did not cover the high costs of production and also, the moody relation of the Telecom companies in choosing games and agreeing on proper marketing support for the developers led to studios being unable to maximise their creativity.

With the advent of hundreds of different mobile devices and multiple operating systems, the cost of the necessary hardware and software licenses for the development and distribution of mobile games, the lack of investment in modern projects – in the electronic games industry - and the presence of the development team outside Jordan, Maysalward faced a significant financial challenge in providing more featured Arabic games to Arab users.

Despite these hurdles; Maysalward was still determined to continue its growth, believing in the Jordanian youths’ capabilities who showed passion for learning and development.

So, Maysalward took a decision to move a complete development team to Jordan. Dramatically, this move reduced the financial burdens of development and thus, developing more original games.

Since then, Jordan's Maysalward has continued to develop mobile games and has become internationally recognised.

Furthermore, Maysalward has gained the trust of international game studios to localise and publish games such as Cut the Rope and co-develop titles such as Zoonies around the World, Odd Buds Animated Characters, and virtual reality titles.

Educating the next generation

At present, the company is exerting considerable efforts in developing games with specialised intellectual copyright. The company opened a new branch in Britain in 2017. Its headquarters is located in The Hashemite Kingdom of Jordan.

The Gaming Lab offers a state of art tools, environment and access to major partners like Unity, Sony, Microsoft, etcetera.

The Gaming Lab is a non-profit platform which is supported and managed by the King Abdullah II Fund for Development. With Maysalward as a technical partner, its main mission is to provide a suitable technical and training environment for the development of Jordanian youth, so as to acquire skills in the Jordanian games industry.

Today, the laboratory is located in several governorates in Jordan and has more than 8,000 members. The average number of its daily visitors is 250. The Gaming Lab does not directly invest money in individuals or companies. Rather, it offers a state of art tools, environment and access to major partners like Unity, Sony, Microsoft, etcetera.

The event welcomes more than 500 local, regional and international experts and stakeholders to meet and exchange knowledge about the games industry under one roof for the benefit of the sector in Jordan and the region.

The event is an opportunity for games companies and young independent developers to meet, network and share knowledge.

Towards improving exposure for its members and their games, the Gaming Lab participates in conferences either in or outside the Middle East.

In recent years, the Lab, along with selected members from the community, attended conferences in Dubai, Beirut, San Francisco and Paris. The Lab is committed to developing Jordanian technical skills and graduating an interested and morally committed generation in the games industry.

There are young people who, due to social and family challenges, sometimes drove them from the home to the streets. This group of people, however, believe in their potential.

The social change that the Gaming Lab has created in recent years is the most important in its career by reviving the spirit of young people who have either failed community assessment due to the repetition of the high school exams or failed in finding a job - a fact that stressed them psychologically.

Moreover, there are young people who, due to social and family challenges, sometimes drove them from the home to the streets. This group of people, however, believe in their potential and this led them to learn mobile games development in the Lab, and consequently to grow.

Maysalward, the technical managing partner of the Games Lab, is also working with international and local partners to provide the youth with the best training and advice possible so as to help them develop their skills and capabilities.

With this continuous effort from the Gaming Lab, the King Abdullah II Development Fund and its technical partner, Maysalward, organise a yearly program that targets schools and students between 14 to 16 years all over the Kingdom.

Called the App Challenge Program, the initiative is an annual competition for students to learn the basics of the games industry and the production of games for mobile.

Jordanian companies today are considered some of the most active in the Arab world for the development and the distribution of Arabic games across the app stores.

Many companies such as Tamatem, Babel Games, Play Arabi, Beelabs and other indie developers have unique games and partnerships that have attracted local and foreign investment.

In addition, there are a good number of Jordanian game devs with roles at major international companies, such as Fawzi Mesmar, who started from Jordan as a game developer and designer and is currently the head of the game designers' team at King, where he’s located in Berlin.

In order to confirm Jordan's leading role in the games industry in the region, the International Mobile Gaming Awards (IMGA) started in 2016 with the support of Zain and Maysalward.

Having Zain as one of the leading telecom operators in the region provides marketing opportunities to support games developers in reaching its largest customer base in Jordan and the Arab region.

Companies such as Tamatem, Babel Games, Play Arabi, Beelabs and other indie developers have unique games and partnerships that have attracted local and foreign investment.

Because Jordan is keen on its outstanding role in the field of information technology and entrepreneurship, the Information Technology Association – INTAJ - came out as one of the first supporters of the Task Force and video games companies.

It works with the Task Force to highlight the importance of this industry locally and globally, and also works with Jordanian universities and colleges to provide games courses within their curriculums.

In addition, the media and the press play a vital role by spreading the importance of the games industry to people and encouraging parents to invest in their children’s potential.

Media organisations such as Al-Ghad, Hash Tag Arabi, The Jordan Television, Al-Mamlaka TV and the local radios have done a great job in highlighting the companies’ achievements and events involved.

This local news interaction encouraged PocketGamer.biz, a world-renowned website focusing on the mobile games business, to partner with Maysalward to launch a Middle East edition, written fully in Arabic.

Nour Khrais, the founder of Maysalward, was honoured by the King of Jordan at the Kingdom's 71st Independence Day ceremony in 2017 with the King Abdullah II ibn Al Hussein Order for Distinction of the Third Degree Medal.

It was given to Khrais for his role in developing the video games industry by working to achieve a global product with the skills of young Jordanians.

The company also believes in the ability and the energy of young people to develop to their best and to have the Hashemite Kingdom of Jordan reach the highest peaks.