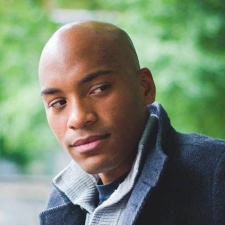 Christian Facey is the CEO and founder of AudioMob, which helps developers monetise their games through non-interrupting audio ads.

If you create, maintain or publish mobile games, the word 'beta' perhaps conjures up mixed emotions.

To the optimistic observer, game technology betas can help sculpt tomorrow's industry landscape, providing studios with a taste of the future, and their place within it.

But as much as they endeavour to advance the craft of game making, betas can prove quite the distraction to a busy studio.

In this article we'll take a look at the evolution of the beta concept, the potential and challenges therein, and the process of deciding which game tech betas are worth your time.

Rise of the beta

The notion of a software beta has undergone tremendous change since the concept emerged shortly after the dawn of the modern computing era.

Back when IBM was developing some of the earliest purebred software in the 1950s, their engineers concocted the idea of having 'A', 'B' and 'C' tests for software in the build up to a full release. B tests took software close to public release, and so it was that the idea of using a beta testing to assess product readiness first emerged.

Almost 70 years on, and 'beta' is no longer an example of insider tech jargon, having entered the everyday vocabulary of the game playing public.

Public betas of games are no longer simply a means to road-test software; they are a fundamental of the relationship between developers and their audiences; as much a community management and marketing tool as they are a lens through which to consider a game's design and function.

Public betas of games … are a fundamental of the relationship between developers and their audiences.

For game developers and their peers, meanwhile, software and service betas present an opportunity to shape tools and technologies that might become fundamentally important to their craft.

Conversely, of course, a developer could lose themselves to supporting every game tech and service beta going. Making supporting a beta worthwhile is about identifying direct gains for your team. That's entirely possible, and a point we'll return to below.

For now, though, let's consider the potential impact of the beta.

Gmail stayed in beta for around five years, in which it shifted from an invite only exploration of web-based email, to a product with 100 million sign-ups. It left beta in 2009, and now has over 1.5 billion users.*
Back in 2005 Google co-founder Larry Page told investors that delivering publicly available products as a near-perpetual beta was "really a messaging and branding thing."

According to Page, products from Google would stay marked as a 'beta' as long as major changes were expected, even if they effectively existed in the consumer realm.

'Beta' today, then, is sometimes simply a label that asserts: 'this product is changeable', rather than a formalised testing process.

That might make a 1950s IBM programmer grimace, but what betas have become in some cases brings a little of the mindset of live-ops into the field of testing and iteration.

Today digital products continue to evolve after full release. As such, it wouldn't be too wild to state that mobile games' post-release existence as a live, maintained and evolving product extends the logic of the modern beta.

A decade on, and Riot's free-to-play shooter Valorant is enjoying striking success, despite its ongoing status as a closed beta. On the second day of that beta, Valorant courted the second-highest concurrent viewer numbers ever seen on Twitch, with 1.7 million watching the game simultaneously. In the era of games as a spectated medium, the potential of even invite-only betas is striking.

Can't beta them, join them

This all raises the question of just how many betas game devs could - or should - sign up to.

It can feel like there are betas for everything, from engines and game AI to analytics and engagement platforms.

Sure, it's nice to help others in the industry make better products, but a studio does need to get on with making games, and making those games a success. And how many more SDKs do you reasonably want to install?

Certainly, we're running a beta to improve our technology, and we're keen to get as many developers on board as possible to provide feedback.

Here at AudioMob, betas have been on our mind a great deal of late. That's because we have our own rolling out, and we've had to put deep thought into making it worthwhile for sign ups.

Certainly, we're running a beta to improve our technology, and we're keen to get as many developers on board as possible to provide feedback. But we know how beta fatigue and SDK fatigue can feel. We want our beta to be worthwhile for those that join in. The last thing we want it to be is an inconvenience.

But we hope – like all the best dev tech betas – ours can be an opportunity.

We think our technology is pretty revolutionary, even if its core principle is fundamentally simple. We're an audio ads platform for mobile game developers. AudioMob lets you monetise your mobile games with audio ads that, unlike video and banners, don't interrupt the ability for your users to keep playing your game.

In fact, our technology can make real audio ads part of the dynamic soundscape or audio bed of your game.

Audio ads are a superb solution for game makers that want to design for gameplay over monetisation, while still bringing in strong revenues.

And we're confident our audio ads are a dream for UX-focused game developers that cringe at the thought of videos crashing their way into an otherwise finely honed experience.The thing is, our technology is so distinct, a beta is essential to refining it.

Audio ads are a superb solution for game makers that want to design for gameplay over monetisation, while still bringing in strong revenues.

That might be of no interest to you, and that's not a problem. You can simply pass on signing up to the beta. Or, it might be an opportunity rich with potential, letting you explore an emerging means to monetise perfect for your games, while influencing what the offering is.

The point is, as a mobile developer or publisher, you should approach betas primarily as a means to test emerging opportunities for your own gain.

Certainly, you shouldn't dismiss all betas; many provide a bounty of opportunity. It's simply about picking the ones that bring you direct gains.

Betas can offer a chance to test a technology without committing to it, serve as a conversation between your studio and tech providers, and might even inform the way you approach or design your game.

Here at AudioMob, we often refer to how ads are seen as a necessary evil of free-to-play mobile games, when we believe we are making them a necessary good.

And for all that betas are important to shaping the near and long-term future of making and distributing games, they can feel like a necessary evil of their own.The right ones, however, can be a necessary good.

Finally, if you are interested in AudioMob's unique offering, do get in touch. And if you think there's something in it for you, we'd love to talk more about you joining our beta. In our case 'beta' isn't that messaging and branding effort.

We're striving to change mobile game ads for the better, and we'd love to do that with you.

Explore the new opportunities in mobile game audio with the next PocketGamer.Biz RoundTable - free!