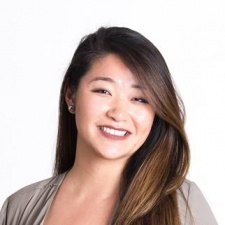 Alice Guillaume is the senior director of marketing operations at AppLovin and head of SparkLabs.

When Nick Yee decided to do an empirical study on the psychology of gamer motivations in 2015, him and his partner Nicolas Ducheneaut were looking to build a model for the games industry as a whole to make better decisions.

To their surprise, it didn't exist, as there was no common language to reference across different studios. Without universally understood terminology, how could gamer behavior truly be understood? This is the power of the Quantic Method, to make sense of and enable developers to create better experiences for their players drawing from their research and insights from diverse data sources.

Armed with this data, they achieved the goal of helping professionals in the gaming industry better understand the players. This resulted in data from more than 400,000 gamers who shared their motivations, demographics, and their favorite games. And now, this model is taking on new life within the mobile gaming space.

I recently had the opportunity to sit down with Nick to have a conversation about the Quantic Method and how it is specifically relevant to mobile game developers. One of the most important insights mobile game developers can take from the Quantic Method is understanding player segmentation, which is massively valuable in ensuring you spend time and money on acquiring the right users.

This is also vital information for those working in the development of creatives — deeper understanding of player segmentation can help you align on how to acquire the right users, ultimately driving higher revenue for your game.

The really powerful part of the Quantic Method comes when they’re able to triangulate what games people are most interested in for a developer. For instance, if a client comes to find out about the landscape for their game, Quantic Foundry has the ability to pull out 30 games that are well-known in that space and plot their motivations on a 2D map. The closer the two dots are, the more similar their motivations are between the audiences.

“This allows us to understand what the lay of the land looks like and share the axis on the motivations, how they vary, and what's already overcrowded,” said Nick. “More importantly, it can show us where there's an empty spot in the overall landscape where a new game can fit, and what could make your game fill the gap in the existing market.”

This type of thinking is new and especially powerful when applied to mobile. It’s even more interesting because mobile gamers haven’t really developed their palates for gaming. Nick mentioned that when he interviews mobile players they don’t really know what games they were recruited from, which is starkly different from console and PC gamers, who often have very defined palettes.

"One analogy I often use to illustrate this is when you have newbies go shopping for perfume or cologne to learn about fragrances, they have no language whatsoever to describe the scent," said Nick.

As Nick highlighted, mobile gamers don’t have a broader language for understanding their gaming which makes for an interesting challenge to understand how to market to them. For example: What is a hyper-casual gamer? Are they even a gamer if they don’t realize their habits make them a gamer? This is where the Quantic model can really come into play in helping narrow that language down.

Another way this can help mobile game developers is by broadening their viewpoint or adopting what Nick describes as “a value-neutral vocabulary” when understanding how to market to mobile gamers as it can often be driven by the most vocal personalities at the studio.

Quantic Foundry regularly sees that these personalities and strong opinions drive design, which can lead game designers to prioritize features which appeal only to a limited set of gamer motivations.

This results in game design working with “blinders” on instead of appealing to a broader gaming audience, and can result in misguided marketing tactics. By applying this a value-neutral approach via this model you can identify what gaps exist in the market that can be turned into opportunities for developers.

The other unique aspect about mobile gamers, especially for casual games that Nick points out is that it may not necessarily be motivations driving them to play, but where they are in their day. There's always been two kinds of motivations in the Quantic Model: Push and pull motivations.

“Sometimes we make minor adjustments to the model by adding one or two motivations for casual games,” said Nick. “Some examples of these added motivations would be [push and pull motivations such as]: I play games to pass the time or I play games while I'm waiting in the doctor's office. In the model, we focus more on the pull motivations — that is, things that are inherently about game design that draws someone to a game.”

On the other hand, push motivations are the more intangible qualities that relate to real-world psychology. These are the more traditional ideas you might think of when it comes to gamer motivations.

“For example ‘I play games to vent after a day of work’ or ‘I play games to avoid thinking about having to pay my rent,’” said Nick. “These motivations, push and pull, have been differentiated so that we can focus on the pull. While you might be able to articulate a push motivation to a designer, it does not immediately signal an action for them.”

To make this actionable, all the motivations in the model are things that a game developer, designer, or marketer can look at — whether it’s mechanics to build in a game or elements to incorporate in an ad.

For example saying, “This audience cares more about storytelling.” This is actionable and the team immediately knows what this means in terms of their design and what levers they have to pull - they can incorporate more characters, plot development, emotional storylines to tap into users’ motivations.

The bottom line is we need to leverage data to both see and understand gamers’ motivations so we’re not stuck in the subjective lenses of just a few decision-makers or strong voices in studios. Mobile gaming is a rapidly growing industry and putting it through such a narrow lens limits the opportunity of being able to truly understand where these gamers are coming from, and what they really want out of the gaming experience.

Applying this type of thinking allows the industry to create better gaming experiences and market these amazing games more intelligently for the audiences, which ultimately means a positive impact to your business’ bottom lines.

Alice Guillaume is a Senior Director of Marketing Operations at AppLovin where she also leads the in-house creative team as head of SparkLabs. This team consists of designers, developers, and gamers who leverage data to develop creative strategies that drive real results for customers. In her years at AppLovin, Alice has worked on several teams including growth partnerships, business operations, and marketing. Before AppLovin, Alice was an analyst at Morgan Stanley. She holds a B.A. in Economics and Mathematics from Wellesley College.

AppLovin is a mobile games company that fuels many of the world's most popular mobile games through its game studios and marketing technology. Since 2012, the company’s platform has been instrumental in driving the explosive growth of mobile games around the globe, resulting in a richer mobile game ecosystem and better games for people everywhere. AppLovin is headquartered in Palo Alto, California with several offices globally. Learn more at applovin.com.