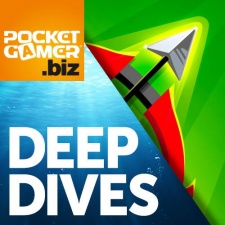 Welcome to PG.Biz Deep Dives, where we invite industry experts to go under the hood of key industry trends or deconstruct top games and share their insight. Today we have a deep dive into the "hybridcasual" approach, brought to you by Department of Play founding consultant Will Luton and contributor Will Freeman.

This article first appeared on the Department of Play blog.

For the past handful of years, the rise of hypercasual has become something of an obsession for developers, publishers and investors alike.

Truly cementing its presence in the F2P mobile game market through 2018, the hypercasual form arrived with dazzlingly low CPIs and the promise of beguiling even larger audiences than casual and midcore.

Here at Department of Play hypercasual has long been on our mind. Indeed, as 2018 drew to a close, we dared to make four predictions about the future of hypercasual.

Those forecasts, we're happy to say, were very much on point. We believed hypercasual CPIs would climb, that larger companies would rise to dominate, that production quality would improve, and that such games would become just a little more complex. We'd also posited that "the next generation of hypercasual games are ones where the core can support upgrading and improvements".

Fast forward to closing on the mid-point of 2020, and sure enough, hypercasual CPIs have risen – as has production quality – and the games certainly are more complex. Equally, we've seen rising interest from an increasing number of high profile mobile gaming outfits.

Ultimately, however, hypercasual revealed itself to offer a very leaky bucket. While d1 retention on hypercasual releases can reach an impressive 70%, most publishers in the space don't look beyond d7, as in one short week retention can tumble close to zero. Meanwhile, competition in the hypercasual space pushed CPIs ever higher. Something was needed to improve retention and lift monetisation, while reducing reliance on ads alone.

Rather than thinking of it as a genre, hybridcasual may be better understood as a process or approach that allows hypercasual developers to retool their creations

The 'hybrid' in 'hybridcasual' refers to the hybridisation of IAP and ad-based monetisation techniques, so that is what ultimately defines the form.The IAP element typically provides a direct route to purchasing items and upgrades, or motivates players to spend money through loss aversion or playgating.

At the same time, a game design approach informed by that monetisation model frames the form hybridcasual games take. As such, hybridcasual games embellish hypercasual games with traits usually associated with traditional genres. And yet simplicity and a 'pick up and play' spirit certainly still define hybridcasual titles, so they are every part casual and accessible.

Hybridcasual games also try to inherit some of the rapid prototyping and testing that is common in hypercasual game design, while adopting the latter's knack for captivating players with innovative ideas. And yet the hybridcasual movement has picked very specific elements from elsewhere in an effort to address some of the problems inherent in hypercasual.

Hybridcasual titles are ultimately an attempt to court both the low eCPIs of hypercasual with the long-tail LTVs of the likes of traditional casual (match-3, runners and so on) midcore (think Supercell) and even hardcore titles (such as 4X and MMORPGS).

As such, they adopt the progression vectors and much of the monetisation theory from IAP-focused releases. That largely manifests itself through game and meta game design, in the form of titles that offer a very upgradable core; perhaps through improvable weapons or character classes.

Arguably, hybridcasual is no single genre, and many traditional gaming forms can readily be adapted to suit hybridcasual. So rather than thinking of it as a genre, hybridcasual may be better understood as a process or approach that allows hypercasual developers to retool their creations to embrace more complexity in pursuit of lower CPIs and stronger LTV.

Hybridcasual can be very much worth pursuing because it can deliver LTVs ranging anywhere from $0.50 all the way up to $4

The term 'hybridcasual' has certainly enjoyed buzzword status, often miscommunicating it as a genre. Yet that does not demean its true value. The practice of imbuing games with hybridcasual tendencies can be a tremendous commercial opportunity.

If you want an example of a defining hybridcasual game, then look no further than Habby's popular arcade action release Archero. It is certainly a causal game at its heart, but it demonstrates enough interactive depth to have inspired myriad player-made strategy videos and guides; something more common of midcore and even core releases.

According to AppMagic data, at the time of writing Archero has enjoyed 52.4 million downloads, generated $104 million from IAP alone, and can boast of a healthy $2.97 LTV when considering its IAP income alone. Furthermore, it's reasonable to estimate that Archero would see ~+25% revenue from incentivised ads, at around $0.48. Put simply, it is something of a hybridcasual triumph.

Archero's success is understandably desirable. The game's accomplishment also demonstrates why there has been something of a hybridcasual gold rush. As we've seen, hybridcasual games attempt to lower eCPIs, while they equally endeavour to embrace the longer LTVs of the likes of traditional casual and midcore games. All that can come at a cost; early retention is often lower for hybridcasual. But the idea is that the gains outweigh the losses.

Hybridcasual can be very much worth pursuing because it can deliver LTVs ranging anywhere from $0.50 all the way up to $4. This means hypercasual can perform close to titles such as runners, puzzles and other traditional casual genres. But rather than simply being a revisiting of conventional casual games, hybridcasual can actually be considered a distinct movement, where learnings from from hypercasual are applied to games that encourage longevity and greater revenue potential.

It's also worth adopting a disclaimer at this point in your journey to understand hybridcasual success. There is no firm definition of what hybridcasual is, beyond the aforementioned hybridisation of IAP and ad-based monetisation strategies and with the form being relatively new, the waters of convention are yet to settle.

Certainly, not every attempt at 'hybridcasualisation' delivers the success or numbers seen with Archero. Perhaps that game is better seen as a case study for what hybridcasual can achieve, rather than an average example of the potential.

Going the hybridcasual route doesn't commit a game developer to a specific genre, complexity or structure. That’s the 'hybrid' part of hybridcasual. It is about combining existing design conventions and monetisation strategies. And there is no single secret recipe for what a successful hybridcasual title can be.

At the same time, here at Department of Play we've observed several clear tests a game should pass throughout its design and release process to harness hybridcasual potential, which we'll share here.

Though it may not be as pressing at launch, while designing the meta game, consider ways to provide the game with support for live-ops events

When finding your core gameplay, make sure it passes the following tests for hybridcasual:

Next comes the design of the meta game, which should see you consider the following:

Hypercasual is costing more in user acquisition, which explains the considerable shift to hybridcasual underway in mobile today

An approach, not a genre

As we've seen, hybridcasual really isn't a genre. Rather, it's a game design and maintenance approach informed by lessons from casual, hypercasual, and the broad evolution of F2P mobile games. Borrowing a little design theory from here, and a little LTV strategy from there, hybridcasual can bring you an alluring balance of low eCPIs and lasting LTV.

As we'd predicted, hypercasual is costing more in user acquisition, which explains the considerable shift to hybridcasual underway in mobile today. And as you may well have spotted, the fundamentals of delivering a hybridcasual hit aren't so far from the rules of traditional casual design.

At the same time, there is considerable nuance to getting hybridcasual right. We know because here at Department of Play we've worked with hybridcasual clients looking to improve their metagame. That's seen us deploy our deep casual and midcore experience while making sure the unique considerations of hybridcasual don’t get left to one side.

And if you have a hybridcasual project underway or planned for the future, don't hesitate to reach out to us. We love helping our clients maximise the potential of their games, and hybridcasual is a space rich with opportunity to do just that.

Department of Play is the games' industry's first management consultancy. Founded in 2018, the agency has helped the likes of Facebook, Rovio and Jagex to grow games with expertise in product management, design, UA, art and engineering. Find out more about their products and services at https://departmentofplay.net/products-services/