TapResearch dude Brian Larson digs into the changes that are coming 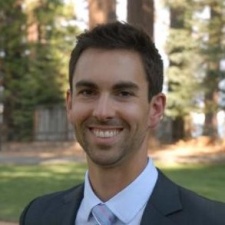 Greg McCullough is the co-founder and COO of TapResearch.

Apple announced upcoming changes to iOS 14, scheduled in for Q3 2020. As part of this release, users will see a new privacy screen when installing an app.

The user selection will determine whether the app (and all integrated SDKs) will have access to the device IDFA. This identifier powers most of the iOS advertising ecosystem, including ad targeting, measurement, attribution, programmatic advertising (DSPs, SSPs), device graphs, etc.

This is a radical expansion of the existing Limit Ad Tracking (LAT) setting that has been present in iOS for years. This feature has allowed users to turn off ad tracking for all apps in a single privacy setting. Most users are not aware of this setting and don't make use of it, allowing the ad tech ecosystem to lean on it very heavily.

Android has their own ad opt-out feature that has even less utilization. Looking at the data from SDKs installed across our Audience Network, we can see that LAT on iOS has been steadily climbing, while it is not yet a mainstream behavior on Android.

Based on a poll run with our mobile survey respondents, the majority of users are unlikely to give access to their IDFA.

Google is likely to follow suit with their own app-specific privacy prompt within six months, creating a situation where Mobile Ad IDs (IDFA and GAID) are no longer going to be a reliable mechanism for directly tracking users between apps.

From a user privacy standpoint and compliance with privacy regulations like GDPR and CCPA, this is generally a good thing. The long term implications of leaving online identity resolution in the hands of the big players (Apple, Google, Facebook) who have stronger login identity factors (e.g. email) remains to be seen.

There are many great articles diving into the implications of losing IDFA in mobile advertising. Understanding these details are important for anticipating how ad spend is likely to change in coming months.

The big takeaway: Without IDFAs, advertisers' ability to purchase ads on a user level (retargeting) is effectively dead, killing recent adoption of innovations such as header bidding.

Historically, mobile UA managers are snipers, spending large CPIs for whales, but now they may have to use the shotgun. User value (measured by iAP bookings) may go down.

This will directly impact eCPMs in the ad ecosystem.

Is there an alternative?

Apple's new SKAdNetwork capabilities look fairly rudimentary and only attempts to address (in part) the app install attribution use case, not the myriad other use cases in ad tech that rely on access to an IDFA.

Device fingerprinting through aggregating other attributes available on a device is an obvious fallback, but has always had major accuracy issues. It also violates the spirit of Apple's terms and privacy legislation like GDPR and CCPA. The direction of history on this path is fairly clear. Browsers and platform developers continually work to remove access to data points that could be used for fingerprinting.

Experts generally agree there is no clear alternative and user-based tracking is likely to be dead forever.

"This is like a new era, new paradigm, rebuilding the entire tech stack that you have been operating with and hoping that you can sort of apply that to a similar looking strategy, right? This is a big deal. It's like an earthquake, I mean, it's a massive shakeup." - Eric Seufert

As advertisers are faced with this lower ability to target and measure the users they want to access and eCPMs decline, what is the path forward for a monetization manager?

A quick answer is: "diversify". Having your core game mechanics built around a single monetization mechanism is a major risk when major players like Apple can change the rules at any time. This is not the first time we've seen this. Apple's crackdown on offerwall ad installs sent major ripples through the industry last year.

The longer answer is: Every monetization mechanism needs to be evaluated in the context of your app and the long term value of the format.

It is important to look at which buyers are driving utilization of the format to assess the implications of losing IDFA / GAID tracking on that specific buyer activity.

Let's look a bit deeper into the buyers of these formats.

While this format has seen a steady decline in eCPMs due to "ad blindness", it continues to have a home in casual games without strong virtual currency economies. It's easy to integrate and maximize impressions.

This format drives over 50% of the US mobile ad spend. The format "demands" the attention of the user as they have no other option than to watch which makes it a more engaging format than banner ads. It can also disjoint the users experience so the frequency of them needs to be taken into consideration when looking at retention.

A format that pairs the engagement level of interstitial ads with an opt-in rewarded experience. Users choose to watch videos in exchange for game currency and are required to watch for a specific period of time.

RV has been growing much more quickly than Banners and Interstitials in the last couple of years.

On the other hand, RV has struggled a bit more than other formats with eCPM decay. This issue is likely to be exacerbated by baseline eCPM decreases from losing IDFA / GAID. Games with low exchange rates in particular may have to reevaluate whether RV eCPMs can support their minimum reward amounts on hard currencies.

Aside from the major UX differences, the buyers of these 3 formats are quite similar, so we'll look at how Apple's change affects them together.

eCPMs are at their current levels specifically because sophisticated buyers are leaning heavily on the existence of IDFA / GAID to target their advertising. This includes the ability to target specific users with high in-app spend (whales) for initial install or reengagement. It also encompases all spend through lookalike modeling, where DSPs use IDFA / GAID as the primary identifier to find high value future users that match current high value users.

Without access to IDFA / GAID, buyers will have to buy more impressions with less targeting and attribution, leading to lower eCPMs.

What about the brand advertisers? They use IDFA / GAID targeting to some degree, but not with the same degree of rigor seen among UA managers. However, they do use IDFA / GAID to measure the effectiveness of their brand spending on customer sentiment. Without that identifier, it becomes extremely difficult to measure brand lift. We expect some decrease in eCPMs here as well.

Tapjoy, Fyber and IronSource are the dominant offerwall providers. The format is currently in a bifurcated state with iOS and Android, where incentivized app installs (PPE) are allowed on Android but not on iOS, driving eCPMs down by ~50%.

The death of the IDFA was effectively preceded by their ban on PPE for offerwall, so we don't expect to see significant decline in eCPMs for iOS. However, if / when Android follows suit, the 50% decline on iOS is likely to repeat on Android.

Rewarded Surveys are a format pioneered by TapResearch over the last 6 years. Game users are presented with surveys to complete in exchange for currency, much like a rewarded video. The user answers questions about themselves and expresses their opinion through their responses to these surveys. Unlike every other format, there is no secondary action being advertised (app install, product purchase).

The buyers of this format are decision makers in big brands, public opinion organizations, etc. They use the anonymous data gathered in these surveys to direct product and marketing decisions.

IDFA / GAID are not critical to 99%+ of market research. Users complete surveys anonymously and are rewarded immediately. There is no 3rd party tracking required.

One relatively small segment of quantitative research, ad recall measurement, is based on IDFA / GAID and will be heavily impacted by Apple’s change.

Banner, Interstitial and Rewarded Video are all heavily powered by user level identity resolution to stitch the user's in-game exposure to out-of-game activity (app install, IAP purchase, real world purchase, etc). As consumer privacy policies expand from GDPR to CCPA and beyond, the identity resolution technologies that power this advertising will increasingly come under fire, driving down eCPMs across the board.

Of the current mobile ad formats, only iOS Offerwall (direct responses buyers) and Rewarded Surveys will be immune to the end of IDFA and GAID.