Five trends that will drive social mobile gaming in 2021

Oren Todoros gets out his crystal ball 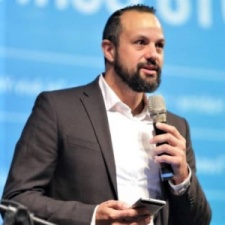 Oren Todoros is the head of content marketing at Comunix.

More people are playing mobile games today than ever before, seeking social interactions and fun ways to spend their free time.

There’s simply no denying that Covid has been a major catalyst towards accelerating the upward trend that the social mobile gaming industry is experiencing.

For example, the latest estimate from Newzoo suggests the global game sector was worth $175 billion in 2020, up 20 per cent from its initial prediction for the year.

And whether we see similar growth in 2021, what is clear that some long term trends will continue to accelerate change.

The mobile gaming industry is constantly expanding, and millennials - usually defined as those born between 1981 and 1996 - are now the driving force.

Interestingly, according to a recent study by AdColony, around 40 per cent of millennials identify as mobile gamers compared to only 33 per cent of the younger Gen Z cohort, so knowing the difference in taste between these two similar groups is vital.

From a development side, leading gaming engines such as Unity and Unreal will continue to improve their products and empower more game developers to create engaging products.

But the industry isn’t just about engines. Highly accessible distribution platforms such as xCloud and Google Stadia will blur the lines between games and online entertainment in novel ways.

Gaming has already established itself as a mainstream spectator sport.

When audience growth overtakes player growth, that fundamentally flips the business model on its head.

A report from Neilson suggests that 71 per cent of millennial gamers watch gaming content on YouTube and Twitch, while stream tech outfit Limelight reckons most 18 to 25-year-olds would rather watch gamers than traditional sports.

“That’s going to fundamentally change how developers have to approach their game, where you need to think about producing games with the audience in mind, versus just the gamer in mind.”

Titles such as Among Us and Fortnite have ushered in a new era of gaming, one where games become social networks.

According to the Entertainment Software Association, it’s estimated 56 per cent of frequent gamers play multiplayer games and 55 per cent say that video games help them stay connected with their friends.

During 2020, mobile video chat gaming platform Bunch saw its monthly active user base grow 50 times over since March, breaking through the million-mark.

This real-world social interaction is something we’ve been focused on at Comunix, with our game Pokerface, the first group video chat Texas Hold ’em Poker game that lets people from around the world experience the fun of playing live with friends and making new ones.

Since its launch, Pokerface has rapidly gained massive growth on iOS and Android recently crossing over 2 billion total video minutes between live video chat players, with an average gaming session of 42 minutes per day.

Essentially Pokerface brings back game night with friends, even when major cities are under lockdown.

According to AppsFlyer, mobile app marketers spent $75 billion in 2020 to encourage users to install mobile apps, up 30 per cent compared to 2019. Taking into account that many countries are still experiencing various waves of pandemic and lockdowns, this upwards trend is sure to continue at least into the first half of 2021.

The big question is how will user behavior change as the world slowly starts to get vaccinated against COVID-19?

Playable ads specifically have become an increasingly popular ad format due largely to their ability to give consumers the chance to experience a game before downloading it. A recent survey conducted revealed 46 per cent of game developers consider immersive in-game advertising a key opportunity for monetization.

2021 will see more game developers take advantage of this unique ad type, as well as new and immersive interactive ad formats - such as Snap’s deal with Unity - to reach more players.

While it is impossible to predict the future, you can still prepare for likely scenarios.

If the past months have taught us anything it’s that mobile gaming will likely continue its meteoric rise. Key social features such as chat, friend invites, video chat and competitive multiplayer modes will drive additional mobile gaming adoption and market share.

The big question that remains, however, is how will user behavior change as the world slowly starts to get vaccinated against COVID-19?

I believe this will be a key opportunity for the mobile game sector in 2021.