Ever softer: Trends in the soft launch strategy of F2P mobile games 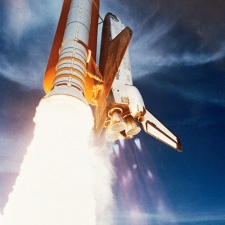 It wasn't so many years ago that soft launching a mobile game consisted of a couple of weeks live in Canada to bug fix.

Fast-forward to mid-2016, however, and the complexity of the experience has changed immeasurably.

One thing that hasn't changed is the dominance of Canada as the #1 soft launch country.

According to our research, it was used as a test territory in 72% of the games we studied.

Why? Because Canada provides the best small market with which to test against US players - the most accessible and most lucrative market for most developers.

And this is one thing to get clear about soft launch.

It's all about testing, in particular, testing in a restricted market that has similar characteristics to the big, key markets you want your game to be successful in.

In that respect, then, some of the changes to soft launch strategy merely reflect the increasingly global nature of the mobile games industry.

Some are driven by other trends, however.

As for the caveats of our research (there are always caveats), it's not designed to be comprehensive.

Canada was used as a test territory in 72% of the games we studied.

We looked at 36 games in soft launch, chosen because they were prominent enough to be listed on our weekly updated Soft Launch list.

Because of this, the sample is skewed towards western developers, looking for test markets that will match the key western markets; US, UK, Australia, Germany, France etc.

Nevertheless, we uncovered some surprising conclusions.