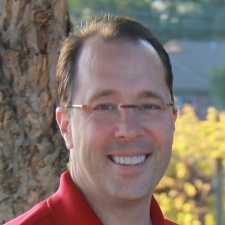 This is the first of three articles from Brian Bowman, the CEO of Consumer Acquisition.

So, you’ve got a new mobile game, and you want to soft launch for testing and prepare for a worldwide launch.

Facebook is the best place to start. (Google is also great, but we’re focusing on Facebook here.)

Trouble is, what worked for Facebook user acquisition advertising in 2019 won’t work nearly as well in 2020.

User acquisition advertising evolves fast. Almost every month there are significant new changes. If you plan to advertise in 2020 like you did in 2019, you’re going to lose money.

None of this is new, of course. Facebook pivoted toward algorithm-driven advertising in February 2018 and never looked back.

Their new requirement for Campaign Budget Optimization is more evidence of the algorithm taking over, and Facebook’s Power5 recommendations for advertising best practices just drove the point home further.

Both Facebook and Google have simplified and automated a lot of the levers user acquisition managers used to rely on. That trend will continue and accelerate in 2020.

Now is the time for you to prepare your accounts for that acceleration by structuring them for scale with the best practices we’ll describe here.

Let the machine do the heavy-lifting

The big takeaway of Facebook UA advertising in 2019 is it’s best to let the Facebook algorithm do what it does best: Automated bid and budget management and automatic ad placements. Let humans do things the algorithm can’t do well (yet), like optimizing creative strategy.

So, if you want to take your game from soft launch to worldwide launch using Facebook’s 2020 best practices, here are our recommendations.

These are the launch best practices we’ve developed by working with hundreds of clients, profitably managing over $1.5 billion in social ad spend.

Based on an awful lot of trial and error (and quite a lot of successes, too), this is how to get the best return on ad spend possible and to launch your app efficiently.

The first phase of a campaign is soft launch, which we'll break down into four main components or Levers.