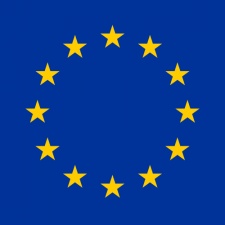 A new study by ISFE has delved into the mobile gaming industry in Europe, showing that 52 per cent of the continent’s population between 6 and 64 play games.

The median age of gamers in Europe is 31.3, with 76 per cent of players being over the age of 18. Gamers in every age demographic are playing more games than they were in 2020. In part, this is likely to be the result of the pandemic, as people sought out new forms of entertainment.

Mobile is the most popular platform, with 63 per cent of respondents gaming on their smartphones or tablets. This is followed by consoles at 54 per cent, and PC at 52 per cent.

Approximately 47.8 per cent of European gamers are women, with a median age of 32. Female gamers make up 52.8 per cent of smartphone gamers, singling them out, albeit narrowly, as the primary consumer of mobile games in Europe.

Interestingly, the study shows that girls who play video games are three times more likely to pursue STEM careers than girls who don’t.

78 per cent of gamers play for at least one hour every week. On average, players spend 9 hours a week playing video games.

Apps made up 45 per cent of gaming revenue for the year, a 45 per cent increase from 2020. Online revenue came to 36 per cent, a decrease of four per cent year-on-year, while physical revenue fell 1 per cent to 19 per cent.

The market share of mobile platforms is in line with other studies, with one study, in particular, claiming that mobile revenue is set to exceed 50 per cent of all gaming revenue in 2022.