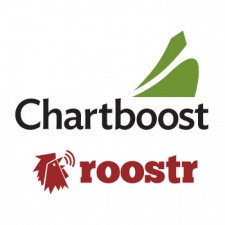 Mobile monetisation outfit Chartboost has extended its reach with the acquisition of influencer-focused outfit Roostr.

Roostr's marketplace for linking mobile game advertisers with YouTubers has quickly become a solution for developers large and small who want to take advantage of YouTube's growing social power but don't have the ability to cut deals with individual channel owners.

The deal will see Chartboost gaining access into non-traditional UA markets, while Boston-based Roostr will gain access to Chartboost's massive client base and sales team.

You can see an example of a Roostr generated video below:

Based in San Francisco and with offices in Amsterdam and Tokyo, Chartboost reach is over 300,000 mobile games and 1 billion players a month.

"With Chartboost, we will be able to give creators access to the top games, technology and methods to continually grow their channels and make a living, while letting them focus on what matters most to them - creating great gaming content," said Marco Mereu, Roostr's founder and CEO.

With Chartboost, we will be able to give creators access to the top games, technology and methods to continually grow their channels.

Roostr is a performance advertising network that works by bringing together advertisers and influencers on video channels such as YouTube, Twitch and Mobcrush.

"Chartboost and Roostr are a great combination and we don't hesitate to recommend them to every game developer wanting to grow their business."