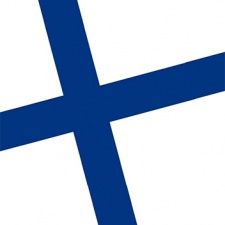 At Pocket Gamer Connects London 2016, one of the regional panel talks delved into that most dynamic mobile game development location, Finland.

Compered by Steel Media's MD Chris James, the panel consisted of (from left to right)

The first question asked, why Finland has been so successful?

One obvious answer is Nokia and Snake, although other things such as strong education sector and the PC demo scene are also important.

"Nokia was a huge, huge influence," said Seppanen, who is now onto his third generation of mobile game dev companies.

The second question covered the impact of successes such as Rovio and Supercell on the wider development scene.

"I was worried that all the salaries would tripled, but that didn't happened," said Seppanen.

Supercell isn't trying to grow into a massive company, pointed out Vilén.

"We do share quite openly with each other," added Taht. "Supercell's success has inspired many developers."

Next up, James asked about who were the next wave of Finnish mobile game companies we should be looking out for.

Taht noted that Grand Cru has multiple games in development, while PlayRaven has two about to be released.

"Investment deals are now harder to do, so I don't think there are so many big companies emerging," said Soares.

Vilén pointed to the new generation of business-minded computer game courses. "Maybe it will be 10 years for the next wave," he said.

Finally, the discussion turned to whether Helsinki (and Finland) remains as attractive a location to set up a game development business as ever.

"And the costs of hiring and the level of talent means it's very hard to compete with Helsinki."