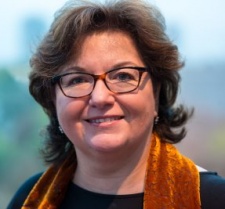 Mobile gaming apps are experiencing their biggest year yet, with revenues slated to surpass a cool $100 billion, according to the latest data from app store intelligence provider App Annie and global research firm IDC. But 2020 could also produce the biggest headaches for gaming app marketers, increasingly under pressure to find new ways to drive results once COVID-19 restrictions ease and player focus shifts from games to other pastimes.

It's an explosive dynamic that will force all gaming app marketers to be resilient, resourceful, and smart about how they spend time and money to acquire audiences. In this scenario, marketers can't afford to miss a step. In practice, this means combing through data and signals to optimise campaigns and pinpoint promising channels and geos. And it means partnering more closely with machines to get the best results.

Heavy-lifting for hyper-casual and hybrid-casual

It was two years ago that Matt Sadofsky, then Director of Growth Marketing at free-to-play games publisher Tilting Point, made the bold statement that "the future of UA is AI." Fast forward, and his bold prediction is the hard truth.

Tough competition is putting the squeeze on hyper-casual, the gaming genre that dominated the charts last year when Sensor Tower reported it accounted for 78 per cent of all new gaming app downloads. But what looks like monstrous growth is a massive challenge, partly because the economics of hyper-causal which fuel profits also force consolidation. An avalanche of hyper-casual games is chasing a captive audience, but this dynamic is sure to shift, according to Igal Frid, Mobile Insights Specialist at mobile attribution provider AppsFlyer. He observes a "170 per cent increase" in the number of hyper-casual gaming apps.

"But the growth is so big that the average number of daily users is dropping,” he says.

AppsFlyer’s State of Gaming App Marketing Report 2020 highlights a dangerous disconnect. Frid's advice to hyper-casual gaming app marketers: go granular and move fast. "Marketers don't have a lot of time for [buying] decisions," Frid explains. "They have to act fast and reach the numbers." It's an even greater challenge as hyper-casual games move to a more hybrid approach that combines in-app purchase mechanics with ad monetization. It's an evolution underway to a business model that can "help hyper-casual gaming developers make much more money than they do right now," he says.

It's easy money, but it can be hard work, according to Nimrod Klinger, Head of UA at CrazyLabs. The top 10 mobile gaming publisher counts over 3.5 billion downloads thanks to smart strategies and popular titles including Tie Dye, ASMR Slicing and Sausage Wars - to name a few.

Klinger works with AppsFlyer and Bidshake - a campaign management automation platform, a combination he says has allowed his team to "execute optimised decisions across campaigns and channels, automatically and in real-time." But the real bonus, Klinger says, several months into the process of automating key processes, is "the ability to channel team efforts into the pursuit of higher ROAS." He shares how marketers can focus their automation efforts and processes to drive results.

The results for some titles showed "more than 30 per cent improvement on ROAS," Klinger explains. But, importantly, the scale also increased. "It’s easy to improve ROAS by decreasing the bids to increase profits."

But Klinger went one step further, using automation to remove the drudge work and power teamwork to produce more ad creatives, target more countries and unlock more revenue with new approaches. In the case of CrazyLabs, time savings positioned the hyper-casual marketing team of just 15 to double-down on influencer marketing, guerilla marketing and "targeted organic exposure" from clever content creation on TikTok. "Not everything has to be paid to pay dividends on TikTok," he explains.

But it's not just about using time savings to strike out in new directions. Klinger also recommends marketers use leverage resources to calculate the optimal bid for new combinations - and new countries. "Traditionally, we would focus on the top 20 countries in terms of volume and revenues," Klinger explains. "We saw our titles have wide appeal in regions countries like Kuwait, Saudi Arabia, Egypt and Qatar, as well as countries across Latin America. But the money we could make was outweighed by the effort needed to rake in the revenues."

Case in point: Chile, a country where the low-hanging fruit is ripe for picking. That is, if you have the time to invest to calculate the optimal bid (and predict LTV) for every plausible Campaign-Country-Subsource combination. CrazyLabs used Bidshake to do this effectively and efficiently, allowing it to generate a "steady amount each day for zero effort."

Being able to change a bid on a specific site ID is something Klinger never thought of doing manually because the hassle wasn't worth it - for Chile or anywhere else. But automation makes this possible and profitable. "It's automatic," Klinger says, which means it just happens. Even if it just gets you $100 a day per country, by the end of the year, that is money that is too good to miss." (CrazyLabs is generating a much more sizable sum, but prefers not to disclose it.)

#3 - Be prepared to challenge automation

CrazyLabs' approaches show that the aggregate incremental lift across all the smaller opportunities can end up being a significant lift to the business as a whole. It underlines the importance of leaving critical business and strategy decisions to marketing automation. But it shouldn’t overshadow the importance of human involvement in the process. Klinger urges marketers to prep a strong case against automation to get to the source of truth. “The automation process is not sustainable without challenging its decision-making on a daily basis,” he says.

His advice: Examine every angle and consider every outcome. This means mapping out “every failure point of your system” and setting up some hypotheses to prove and disprove in a dialog with automation. Finally, it demands marketers to ask tough questions and challenge processes:

It’s a great exercise that will ensure you extract the most value out of automation for your team and your game, Klinger says. But don’t limit the focus to UA.

Automation is also essential to analyze large volumes of creatives, zero in on the compelling elements and drive the production of creatives that hit performance targets, Klinger says. In his view, 2021 is “the year for creative analysts and automation to take their place within the marketing teams.” Another driver is playable ads. What was a “must-have asset in 2020,” will take center stage as ads evolve to be an instrument of monetization and retention.

Automation gives marketers superpowers to open the aperture of how they pursue and win audiences. But it won’t be smooth sailing - yet. “There is still a lot to be done with automation in UA and marketing teams,” Klinger says. A big obstacle is visibility. Not all major ad networks offer API integration, he explains, and so marketers are unable to view all the functionalities of their dashboards.

Fortunately, some companies are addressing the issue head-on and reporting positive results. "Streamlining marketing workflows has become mission-critical for marketers that want to take back control on campaign performance and maximize ROAS,” Adam Smart, Director of Product — Gaming at AppsFlyer, says. Among gaming customers, Smart reports a “significant and positive impact when infusing their multi-channel UA strategy with Bidshake’s automation capabilities together with AppsFlyer attribution in a single view.”