The market continues to grow, and Jordan’s gaming leaders, including Tamatem and Maysalward, infuse games with Arabic culture 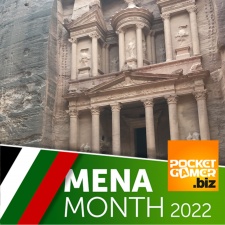 Jordan is no stranger to the worlds of technology and gaming. In fact, Jordan is the home of the very first gaming company in the region, Maysalward, which initially focused on helping Western gaming companies localize and repackage their games for the Arabic-speaking world and has since diversified into development.

Continuing in this fashion today is Tamatem, founded in Jordan in 2013. Tamatem is a distributor of mobile games and has partnerships with companies in the United States, China, France, South Korea, Bulgaria, and Croatia, converting existing games to Arabic and consulting on infusing them with Arabic culture. Tamatem recently announced a $5 million investment and strategic partnership with MSA Novo, the emerging markets investing arm of MSA Capital.

Maysalward was founded by Nour Khrais, who created the very first Arabic mobile game in 2004. Today, Khrais is still CEO, and Maysalward continues to thrive. One of the company’s titles, Dominoes Pro, has recorded over 50 million downloads across iOS and Android.

Khrais has watched the region’s entire gaming history and is excited about the growth underway today. With more and more game studios cropping up, the industry is starting to mature in Jordan and across the MENA region. “We are starting to see more ad-supported models take off,” says Khrais, “and nowadays, gaming is reaching equal footing – with radio and television – as a pillar of the advertising media market.”

Looking ahead, Khrais (who also plays a key role in the Gaming Lab and the Jordan Gaming Task Force, among other initiatives) sees plenty of reasons for optimism. “5G is almost live in all major markets in MENA, the majority of residents are under 25 years old, and gaming is their primary form of entertainment,” says Khrais.

Like its MENA neighbours, Jordan’s government and society are supporting the industry in a variety of ways. Jordan's universities have made gaming and development an important part of curricula, and the industry’s professions are garnering increasing respect and success in society. Hussein bin Abdullah, Crown Prince of Jordan, himself attended the Gaming Summit in 2018 to witness the conversation about games industry growth in the country.

Your chance to visit Amman now

That’s why Jordan makes a logical host for our upcoming annual event, Pocket Gamer Connects Jordan 2022, two days of networking, learning, and presentations expected to be attended by over 700 gaming industry professionals from all over the globe.

As well as the conference (where it is still possible to win heavily subsidised tickets if you are an indie developer), it is possible to travel to Petra on Monday, 15th November, to see one of the true wonders of the world.

You can also join other global and MENA leaders two weeks later in Riyadh for our first Leaders Summit.