Alongside discussion about the feasibility of using AI to create game assets, could (and should) you use AI to create advertising for mobile games too? 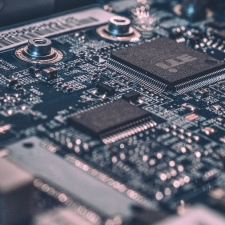 The debate for AI in creative industries rages on, and for every artist or creative decrying them as the death of art, there are just as many evangelicals arguing that the move puts the tools to make art into the hands of the common man. And what’s the harm in that?

But, we aren’t here to argue philosophy, but to quantify the pros and cons of integrating these technologies into the development cycle. For when tools get as powerful as this there’s inevitably points both for and against their use.

The rise of AI

The term ‘AI’ can conjure images of massive supercomputers working overtime and rogue intelligences. However, put more simply they refer to algorithmic engines that intake data (pieces of art, text etc.) and then ‘train’ themselves on certain styles in order to replicate them. These replications remix aspects from what they’ve been trained on to produce something ‘original’ that can then be offered as its own thing.

The benefits are obvious, as it reduces workload otherwise given to the creative process. Although highly contentious in the more creative aspects such as concept work, illustration and writing, AI has been previously used in upscaling low resolution textures and for producing certain effects brushes. However, the wholescale use of them to replace human creatives has seen massive backlash from both them and the public, despite the obvious benefits.

This article on Mobile Dev Memo by Eric Benjamin Seufert goes into great detail arguing for the usefulness of AI in advertising. Citing the usual benefits such as reduced workload, a faster workflow and cost-cutting. However, he also brings up a number of somewhat shaky points in support. For example he asserts that “A large proportion, if not the majority, of advertising creatives are not useful or viable in the sense that they do not lead to profitable advertising outcomes when utilised in campaigns”

This ignores other aspects, such as cultivating brand recognition that may go into large-scale advertising.

Of course at a certain level companies are likely to want their advertising to be as effective as possible. However, there is no way for major companies to quantify the effect massive marketing campaigns may have except on the macro level. Therefore they must think about it in the abstract, and how visibility and cultivating a brand identity no matter how ephemeral they may be are just as vital as quantifiable engagement.

If it ain’t broke…

Seufert mainly focuses on ‘fixing’ the problem of unquantifiable justification behind creative processes. He cites AI as being an excellent tool because of how it can action inputs and information given to it in a way that will then produce something which, according to logic, would meet all given specifications. So for example feeding it creative copy from successful campaigns would therefore produce a successful campaign itself.

The idea, as cited in the article that “...a team might use the textual inversion process explained in this video [Link] to feed Stable Diffusion with competitor assets in order to produce ad creative variants that can be deployed with minimal editing.” Seems a very strange one, as producing content derivative from a competitor could be seen as just that, derivative and not original.

There’s also the problem that, simply because a campaign is successful, that doesn’t mean that it was successful for specific reasons. If you give an AI a successful campaign released for the Holidays, and it then gives you creative or text to run in July, it won’t be nearly as successful because it’s outside the situation it was created for.

Within advertising there are entire divisions devoted to studying and collating quantifiable information about the performance of adverts. Demographics, age-groups, income brackets and more are and have been studied since the dawn of modern advertising. The article seems to assert that creatives have final say on the introduction of advertising content, why they believe it will be effective and that any such input is only ever an unwanted variable.

One needs only look as far as the infamous Pepsi logo document to understand how much work and reasoning goes into the creation of any creative product for the purpose of advertising. Justifying why you're making a decision on a creative campaign is never as simple as a rubber-stamp. It'll be checked and scrutinised at multiple levels, even briefly. Even if mobile, being more fast-paced and demanding more volume, means that some of these steps are discarded, the final decision rarely is made by any one team.

As I wrote in a previous article, AI relies upon the input of other content. That risks the unique nature of games being lost in the process. The last thing any advertising campaign wants to do is mimic a more successful one, as it risks not only elevating the competition but having said campaign caught up in a war of attrition against another.

In essence, if making a successful campaign was as simple as copying what was already being done, it would’ve been done so already. But unfortunately there’s no ‘secret recipe’ to effective advertising, and it’s a constant arms race to figure out what fresh new idea will elevate a brand. Merge Mansion for example, had an advertising campaign that on paper was arguably a complete mess. But the creatives behind it understood how to get eyes on their campaign and have the name of the game on everybody’s lips.

Add onto that a more orthodox advertising campaign featuring renowned actor Cathy Bathes, and Merge Mansion is a master-class in creating advertising that is unique and innovative. If you fed that into an AI and got back the suggestion to make the same sort of campaign, you’d be running the risk of death by comparison, and unless your game is at the same level as one of the world’s biggest match-3 games you’ll look derivative.

What’s important to remember is that the tried and true methods of advertising do change over time. Mobile and advertising analytics (at least pre-IDFA) may have massively transformed how much information was available about any given audience, but to replace the key, human element on not only the creative but planning level puts a lot more at risk than it stands to gain.