Digital assets within games represent a huge business opportunity. But how do we win over gamers who are apprehensive about the blockchain. Here's how 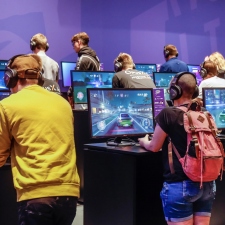 Trading digital assets like in-game items and currencies outside games with real money is a multi-billion dollar grey market. Blockchain games have put digital asset trading outside games at the front and center but gamers don’t currently want anything to do with blockchain. So, what’s the answer?

Real-money storefronts that allow safe and secure trading of in-game items will create a new, largely untapped market within the videogames industry. A new white market of digital asset trading can add tens of billions of dollars to the annual value of the video games industry and it’s happening sooner than you might think.

The main reasoning for web3 games has been the idea that players would own, buy and sell different items and other resources outside the games themselves in some third-party marketplaces. However, players are not exactly embracing blockchain games. In fact, the gaming community is at best indifferent and often outright hostile towards crypto games, something that any game developer should be conscious about.

Players want to trade outside games

Every time big companies like Ubisoft, Team17, Square Enix and others stick their neck out and announce they are doing something with web3, there is immediate backlash from both gamers and gaming media (and often employees of the companies themselves). The company in question will then do some damage control and back pedal from the whole thing.

Often the players’ sentiment can be interpreted to be universal opposition towards trading items outside games. However, players certainly seem to be eager to trade items outside games, going to great lengths in doing so; risking being scammed and even losing their accounts (currently Terms of Services for practically all games specifically forbid that kind of trading).

That hasn’t stopped millions of players, as anyone who has played games like Runescape, World of Warcraft, Pixel Worlds, EVE online or hundreds of others can tell you. Runescape, for example, has been around for more than 20 years. Because it has not been sanctioned by game developers and publishers, all of that trading has been taking place in grey markets for decades now; from shady websites and Facebook groups even to, so I hear, actual parking lots.

There seems to be no actual studies about the size of the grey markets, but it can be estimated to be as much as 10+ billion dollars annually. Below are some annual figures I have come across talking to various people in the industry about the matter:

There was also an estimate that as much as 30-40% of player spending within games takes place in grey markets. Again, nobody seems to know the exact figure, there seem to be no studies and estimating turnovers of hundreds if not thousands of different grey market sites is nigh impossible. However, it should be obvious that the annual value of grey markets can quite safely be estimated to be 10 billion dollars or more.

Whilst the estimated value is a lot, players trading in the shady and scammy grey markets are a small minority. Changing digital asset trading from the grey market to a white market, with developers and publishers not only allowing but actively encouraging and enabling it, will result in a market value much larger than the current grey market. It will also enable developers and publishers to get their share of all of the trading in the form of royalties. The potential could be far greater than the music industry’s transition from bootleg CDs, shady mp3s and peer-to-peer networks to legit streaming on platforms such as Spotify.

As blockchain games have been vehemently advocating for digital asset trading and value creation, the genie is out of the bottle. In retrospect, it is hard to believe that the games industry has not made digital asset trading a legitimate part of gaming years ago. It is a huge undertaking for sure. Building such a marketplace is no small task and that’s just the start. Operating such a marketplace brings all kinds of legal obligations from Know Your Customer to other duties not unlike those that banks have to deal with. So, it is not for any individual developer or even many publishers to manage.

But, the genie is out of the bottle and things are already in motion. My estimation is that we will see the first official large storefronts for secure in-game item trading with real money and with validated ownership as soon as next year (2023). It is far sooner than most in our industry would have thought and for many, it will come as a complete surprise - as industry changing disruptions often do.

Social First is a team of accomplished game developers who have formed an independent studio based in Helsinki, Finland. CEO Kim Soares and President Mikko Kähärä founded Social First in 2021 with the mission to create games that are social experiences, span decades and extend beyond gaming; giving players platforms to create meaningful relationships with people all across the world. The team is backed by Play Ventures and a syndicate led by Joakim Achrén. For more information on Social First and their work, please contact Sophie Riordan, PR & Communications, at sophie.riordan@socialfirstgames.com. For their press kit, click here.