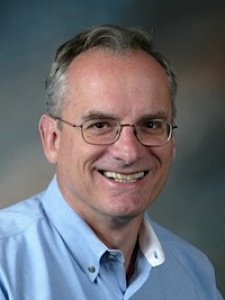 Nobody would accuse the co-founders of Skyworks of being johnny-come-latelys to this games lark. David Crane and Garry Kitchen have been developing games since the days of the Atari 2600 console.

Kitchen adapted Donkey Kong for it, which sold four million copies, while Crane co-founded Activision in 1979 and developed games like Pitfall, Ghostbusters and Little Computer People. Meanwhile, Kitchen was also behind Garry Kitchen's GameMaker, one of the first powerful game-creation tools that gamers could use.

In 1986 the pair co-founded console developer Absolute Entertainment, and then in 1995 they moved into casual gaming (before the notion of casual gaming existed) by launching web advergames firm Skyworks.

And now? Now they're making iPhone games. One so far  the just-released basketball game Arcade Hoops  with more to come. "We really look at iPhone as a casual game platform," says Kitchen.

"It's a short experience  you're not going to sit there for a few hours playing Call of Duty 4. People are generally on the go, sitting on a train or bus or in the dentist's office, pulling it out and having a light experience for two to seven minutes. And it's a broad demographic of people who own iPhones  it's not just males."

The move to iPhone
So Skyworks immediately put a crack team of developers to work making Arcade Hoops as soon as the iPhone SDK came out, right? Not quite. Skyworks' 50 employees were all busy on the firm's bread and butter online games, so Kitchen had to take a hands-on approach.

"I got curious, so I downloaded the SDK and got to work," he says. "I tried to tempt Dave with it, but he was in the midst of some big things, so I fooled around at nights and weekends. We had Arcade Hoops done as a browser game, and it seemed a perfect fit. It took about six weeks to write the game, pretty much in my spare time, and when it was 70 per cent done I brought it in to show a few people."

Kitchen is impressed with iPhone as a games platform, praising its speed and power, as well as its touchscreen and accelerometer inputs. He spent a lot of those six weeks working on Arcade Hoops' physics and controls.

"We pride ourselves on doing a lot of the small things that make the game feel real," he says. "The rim flexes down just a little when the ball hits it, and the backboard has a subtle shake to it if you hit it really hard. You might not notice these things, but they feel real."

The game's been on sale for about ten days now, and is apparently doing pretty well  Kitchen says sales are increasing around 20 per cent every day, although he admits to being a "little disappointed" that so far Apple hasn't chosen to promote the game on the App Store homepage.

Casual gaming
Skyworks' second iPhone game is due to go in for approval in the next few weeks, and it seems the company will be sticking to its strategy of releasing casual games for the handset, rather than trying to ape console titles.

"If you're a large company with a catalogue of OpenGL 3D games published on DS or PC, you can take those games and port them to the iPhone, but it's a disservice to the platform," he says.

"It's not recognizing that the market is the casual gamer. Yes, some people might enjoy sitting down and getting a deep experience, and iPhone can do that, but are those the right games? I don't think so. The right games are the ones that moms on the go and bored executives can play."

That said, Arcade Hoops is a port, albeit of a web casual game rather than a console title. Kitchen says that one obvious strategy for Skyworks would be to bring more of its most popular web games to iPhone, but it seems the company's strategy will be more than that.

"With GPS, the ability to access the camera, play remote wireless head to head, and connect back to a server, there's a big opportunity to do much more engaging entertainment than a simple casual game," he says. "When games use those features, it'll raise the bar."

Using these features may help Skyworks' titles stand out from the (enormous) crowd of iPhone games, too. The company already has a department dedicated to server-based tech, including "heavy, heavy multiplayer gaming with chat", for example  something Kitchen says will be an advantage in the future.

"Once you get into global high-score boards, multiplayer and cross-platform, these are the heavier technology tasks that will eliminate a lot of those smaller [development] shops from play," he says.What about competing on price with those hundreds of bedroom developers though? A lot's been written and said recently about downward pressure on prices in the App Store, and whether it's healthy or not for publishers trying to make a decent return on investment.

"I think and hope that we'll get to pricing more like Xbox Live," says Kitchen. "A very strong game with a lot of the back-end and community features may end up in the $5-6 range, but we think $1.99 is a great price for a light game like Arcade Hoops. So I think it'll shake out to between two and six dollars. You better have something pretty strong if you're charging ten bucks!"

App Store breakthrough
What else is Skyworks planning for the future? Kitchen says the company is looking at doing cross-platform games, potentially next year, but only where it makes sense to integrate iPhone with the company's web games in development.

How about other mobile platforms? "We did a little bit on mobile three to four years ago, but we ran into the same challenges that everyone else runs into," he says. "The horrible compatibility between platforms became a nightmare. What we like about iPhone is you don't have those porting issues, but more importantly, the App Store is the real breakthrough."By that he means the open applications environment, where there's no mobile operator acting as the gatekeeper to get onto the platform. "An open app store is much more interesting to us," says Kitchen.

Android, then? "I like the direction Google's going in. If it builds a big install base of fully compatible handsets, we'll definitely look at it."One interesting point would be if mobile handset browsers got Flash capabilities, and so could run Skyworks' web games as, well, web games  rather than as downloads. Can Kitchen see that happening?

"I definitely think so," he says. "We were interested when PSP came out and had a browser that Flash could run in, but it ran so poorly, you couldn't do anything. But given what Adobe's doing with ARM, if they can get Flash running better on these devices, why not? I can see us doing a casual games portal specifically focused on mobile devices in that situation."