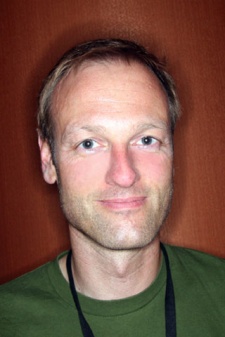 "The OpenGL 2.0 support will push the iPhone beyond PSP," he says, although he does have a caveat about how developers will be making use of those features.

"As graphic assets need to be designed from scratch to benefit from 2.0 shaders it will be very hard to monetize the extra effort in the early days," he says. "It's definitiely not worth it for $0.99 apps."

Still, Schade says Fishlabs is pleased to see the iPhone 3G S promising greater battery life, and catching up with the second-generation iPod touch in terms of speed.

"It makes more sense now to have a setting for extra high graphics to run on iPod touch 2 and iPhone 3G S, even if that means more dev efforts and testing," he says.

"It creates some fragmentation but we can still support all devices with just one SKU that detects automatically what device it's running on, and switches to the best graphics automatically."

Fishlabs, of course, is known for crafting high-quality 3D games, so we sense the company will be getting its teeth into those OpenGL ES 2.0 capabilities sooner rather than later.