The making of the beautifully wrapped Zen Bound

Why polish and innovation are worth the trouble 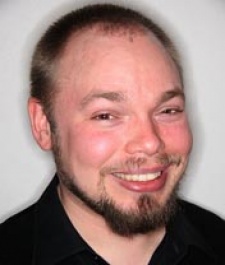 July 28th, 2009 - 09:00am
By Jon Jordan, Contributing Editor
Released in February 2009 by Finnish start up Secret Exit, Zen Bound is a game that proved developers could find success on the App Store with something simple and playful.

From the wonderful graphical presentation and audio to the tactile way with which you rotate the rope around the various wooden objects, the experience is incredibly meditative.

We caught up with Jani Kahrama from Secret Exit to find out more about the process behind the game.

Pocket Gamer: What was your background before setting up Secret Exit?

Jani Kahrama: I was a freelance 3D artist for a number of years before joining Fathammer as a designer of 3D mobile games. My position at Fathammer grew from game designer to producer and finally creative director. In 2006, a year after the studio had been acquired by Telcogames, it was time to start a company of our own.

What was the reason you formed Secret Exit?

Secret Exit was founded by myself and Jetro Lauha, an ex-colleague from Fathammer. We wanted to start a company that would be based on common sense instead of VC funding. Too many startups just frantically rush toward an exit without worrying about such matters as profitability or a consistent strategy.

We started Secret Exit to develop and self-publish our own intellectual property in downloadable channels with a team of experienced and talented colleagues, with the company fully owned by the people working in it.

How did Zen Bound come about?

Mikko Mononen, the inventor of the concept, originally came to think some things are fun when done slowly. That realisation led to a gift-wrapping game prototype which turned into a freeware PC title called Zen Bondage.

This had the basic gameplay of Zen Bound already in place. I always admired its simplicity, and once Mikko returned to Finland after finishing up his work on Crysis, I tugged his sleeve and asked him to join our company so that we could make a full-fledged game out of the idea.

How long did it take to get precise features such as the feel of and control over the rope, the camera angle, and the audio working well on iPhone?

Those weren't the hard part of this project, since they were already quite well prototyped with the PC version. What took most of the time were things like the game rules of how and when is a level considered complete, what kind of a larger context each level is tied into and how all that is presented to the player.

How quickly did you realise that you created something special?

Frankly, not before the game had been on sale for a week in the App Store.

We did see a lot of positive buzz around the game before its release, but we had no idea how that would convert into sales. Of course we were proud of our work: we always knew we were going to make something very aesthetic. But ultimately it is the audience who decides if your work is good or not.

Were there any other major challenges to overcome?

Selecting the right platform was actually a huge part of the project, and one reason it took so long. We evaluated Wii and PlayStation 3 and realised that despite our ability to finish the game, we might not have had the necessary budget to make it through the technical requirements and quality assurance required for a console release.

Then the App Store opened. At the business level, the most appealing qualities were that Apple pays out monthly and that iPhone wasn't burdened by huge technical requirements.

Do you think you could have successfully released Zen Bound on any platforms other than iPhone?

Would Zen Bound be a good game on other platforms? Yes, we believe so. The gameplay can be adapted to a slightly different but equally compelling experience on other kinds of control schemes. But we simply didn't have the necessary resources to develop the game for those platforms back then.

Zen Bound was developed by a core team of three people, each putting in roughly three man-months of work over a calendar period of twelve months. The game is coded with our proprietary technology from ground up, with raw 3D models from Silo exported to a custom level editor that handled the final visuals and difficulty tweaks.

Why and how did you end up using Ghost Monkey's music?

The original PC game already featured some tunes from the Ghost Monkey album Tea for Miss Yamaha, which created a wonderful surreal atmosphere. We couldn't have picked anyone else for Zen Bound. And quite conveniently, we had recruited the same person as our art director, and I'm not certain we even knew of his musical talent at the time!

As a shameless plug, there's plenty of Ghost Monkey music on his website: www.polyfonken.com

What part of Zen Bound are you happiest with?

Its success in the App Store. Before launch things looked rather grim for our team. With almost all games selling for one dollar and iFart being the most popular application, we were worried what would happen with our title that was borderline between a game and a toy, and selling at a higher price point.

Nothing brings more happiness to an entrepreneur than the comfort of not having to lose sleep over the immediate future.

Were there any particular surprises you had in terms of player feedback when the game was released?

My favourite iTunes user review is: "I thought this would be cool but all you do is wrap string around wood". It just goes to show that sometimes it's difficult to meet the expectations of people.

Do you think you could have done more in terms of updates?

From a strictly business view, frequent updates are key to success, but only if they are so frequent that they keep the game from entering the long tail (exactly what Pocket God does very well).

Our major update to Zen Bound with its additional levels and new features didn't affect sales at all. The game doesn't really lend itself well to frequent updating.
Zen Bound still stands out as a different experience compared to many games on the App Store. Do you think developers are becoming too conventional?

Not at all. I think the App Store has a huge number of innovative gameplay and input scheme experiments available. It's just hard to find and recognise them.

How has Zen Bound changed your thinking about the type of experiences you want to make in future?

It really hasn't. We want to make small, polished and innovative downloadable games. Perhaps Zen Bound proved to us that occasionally polish and innovation are worth the trouble.

When should we expect something new from Secret Exit?

SPiN will be making its way to new platforms, and for the iPhone we're working on a game called Stair Dismount Touch, which is a new episode in the Dismount-series of games involving ragdolls and collisions. This time with touch controls and new social elements.

Thanks to Jani for his time.


Check out our other Making of interviews such as