Qwiboo's Vladimir Roth on why piracy is thriving on iPad 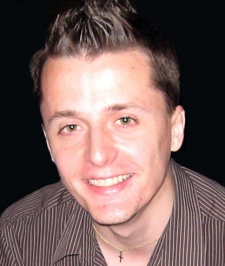 August 23rd, 2010 - 12:22pm
By Keith Andrew
For the second time in as many weeks, a developer has been able to use OpenFeint's leaderboards to determine just how many people are pirating its games.

Over the weekend, Qwiboo founder Vladimir Roth used Twitter to reveal that piracy rates of Aqua Globs HD on iPad's had hit 50 percent based on the game's OpenFeint leaderboards.

It's a curious off-shoot for Aurora Feint's online network  no doubt, one the company didn't anticipate  yet it could prove to be invaluable tool as studios factor in just how many people are likely to pick up their titles for free.

Arguably more interesting than the 50/50 split, however, was Roth's assertion that Aqua Globs is suffering a notably higher rate of piracy on iPad than on iPhone.

We caught up with Qwiboo's head to ask just why gamers are seemingly more reluctant to part with their cash on iPad.

Vladimir Roth: We don't have any real analytics on Aqua Globs' piracy, but it won't be more than 5 percent on iPhone. That's purely because that equates to the number of Jailbroken handsets out there, and piracy is only possible on these devices.

The reason I found out that there is at least a 50 percent piracy rate on the iPad version is because the number of people who have submitted a high score to OpenFeint is double the real number of copies sold.

Why do you think piracy is supposedly thriving on iPad compared to other formats?

The main reason would be the pricing. Games are much more expensive on average on iPad, even though they often offer nothing more than upscaled version of iPhone titles.

I think this is the motivation for people who pirate iPad games - they just don't want to pay for the same game twice.

How does piracy impact your business?

I've come to the conclusion that it's not worth worrying about piracy at this point.

As a developer, you basically can't do anything about it. If, for example, you start disabling pirated copies, there's a small chance you might block a legitimate owner  it's just not easy to detect whether a copy of the game is pirated or not.

My other conclusion is that people pirating games wouldn't buy them anyway.

A few developers have tried implementing systems in their games that ask those pirating to buy a copy  I even remember some guy adding a touching story about his sick child  but the number of people that bought the game afterwards was almost zero.

As a result, I don't think piracy necessarily equates to lost sales. We'd rather use the time and effort to work on improving our existing titles and working on new games.

Still, it's not a nice feeling knowing some people think it's fine to pirate your games, as it takes a lot of hard work and sacrifices to produce them in the first place.
Thanks to Vladimir for his time.

Reply
Keith
What NYT article are you talking about?
Posted 11 years, 9 months ago

Reply
John J Brown
Is the developer allowing for users with multiple accounts or the fact that 1 sale can legitimately be installed on 5 devices?

Sounds like there really is now issue here.
Posted 11 years, 9 months ago