Finland focus: Ovelin's Mikko Kaipainen on how its debut WildChords teaches guitar to the masses

Game solution to a musical problem 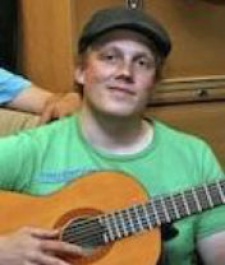 December 23rd, 2011 - 10:21am
By Matt Sakuraoka-Gilman
Chances are everyone reading this article will have, at some point in their lives, wished that they could pick up a guitar and simply play it.

A large proportion will then have realised that perhaps they weren't built for muscle memory and intricate frat board tinkering and placed their new guitar against a wall to gather dust.

The team at Finnish start-up Ovelin is hoping to give those of us lacking the patience to stick with our instruments an excuse to pick up a plectrum once more.

This time, however, an accompanying iPad game WildChords will dangle achievement-shaped carrots in front of us to make us commit to learning.

Ten years of research has gone into the game, the technology for which is held exclusively by Ovelin. No extra equipment is necessary either, just your iPad and your acoustic.

When we had recovered from the childlike glee of the game's demonstration during our recent visit to Ovelin's base at the New Factory in Tampere, we posed the following questions to its tour manager (COO) Mikko Kaipainen.

PocketGamer.biz: How did Ovelin begin?

Mikko Kaipainen: Ovelin's story got started when the two founding members (CEO Christoph Thür and myself) realised that we shared a common and frustrating experience in our collective youth - starting a musical instrument only to soon quit.

We saw that both as a massive problem and an opportunity.

And so, Ovelin was officially established in December 2010. Our team consists of game developers, visual designers, signal processing experts, musicians and the biz dev guys.

Where did the idea for WildChords come from?

When we looked more closely into this problem we found out that 85 percent of the people who start learning guitar quit before they reach a reasonable level.

We also noticed that although there's a lot of self-learning material out there, no one is paying attention to the actual cause of this problem - the lack of motivation to practice. 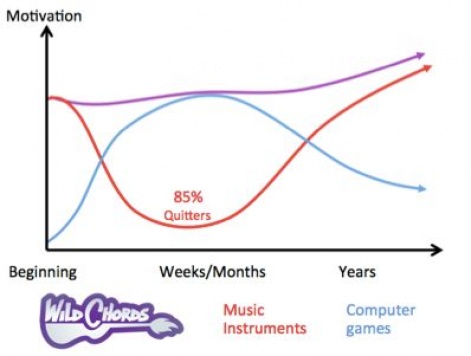 Games, on the other hand, present an interesting potential to get users to consistently repeat simple monotonous tasks. This is where the idea to produce WildChords came from.

How does WildChords' pricing model work?

At the moment we are operating a freemium model which gives users over 20 game levels to start with and after this we offer additional packages for small in-app purchase.

[During our talk Mikko highlighted that there are five additional packages priced at £1.99/$2.99 each. 25 more are in the pipeline]

Can you tell us a little about the technology behind the game?

The cool thing about our technology is that we can actually analyse the pitch from a polyphonic sound. For example, we can see when six strings are bring played at the same time.

The user is given instant feedback of their playing. Although the visuals of the game may look cute and simple, the technology under the hood is complex. 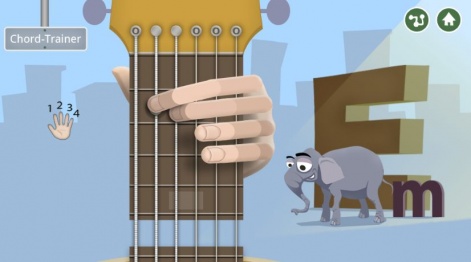 What's in store in the future for Ovelin and WildChords?

We launched the game globally for iPad in November. Anyone that has an access to iPad and a guitar can now play WildChords [iTunes link].

Next year we will have more platforms coming and we will introduce a lot of new exiting features to existing gameplay.

Our vision is to make world more musical place and WildChords is an great starting point for this journey.


Thanks to Mikko for his time. You can find out more about Ovelin here.