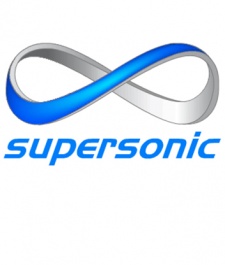 January 17th, 2013 - 10:30am
By Joseph Barron
However different the games pushed out by the studios stretched across the UK Midlands, there's one name that pops up frequently when you delve into the careers of those behind the area's brightest outfits.

That name is Codemasters.

Supersonic Software - the focus of part 3 of our look at the mobile dev scene in the Midlands - is one of the many studios that form the "Silicon Spa", a cluster of game developers in the Warwickshire town of Leamington Spa.

The company was founded by Peter Williamson, a former Codemasters employee who set out to start his own business, initially taking on projects outsourced from the publisher affectionately known as Codies.

"I took a year out from university to work for Codemasters, way back in 1989," says Williamson.

"Instead of going back to studying, I ended up founding Supersonic. In the early years we were exclusive to Codemasters, who are only 6 miles down the road from our office."

For Peter, setting up in Leamington was a no-brainer.

"We were here initially because Codemasters were. Although we're not working with them now, it's turned out to be a good place to be based  pretty central for everything. A lot of the success in the region has to do with Codies.

"Lots of the companies around us are spin outs or breakaways from Codemasters. Once a cluster starts to form, I think it's easier for it to grow."

There is talk amongst the Leamington Spa gaming community that Peter's former employer, Codemasters, has struggled to adapt to the changing climate of digital distribution and are struggling financially as a result.

But do the cluster of indie studios in the Midlands needs Codemasters as a pillar of the local economy to survive?

"I think Codies was massively influential in establishing the cluster of companies in and around Leamington, but they're not really very important at all to sustaining it," he says.

"Pretty much all of the breakaways are working for other publishers now and so are in no way dependant on Codies. Hopefully Codies will be here for a long time to come, but the local development community could certainly survive and flourish without them."

All good friends in Leamington Spa

Like Codies founder David Darling, Peter has found that the companies in the region get on well and the Midlands tends not to have a history of headhunting and squabbling between firms.

Considering so many games studios of all shapes and sizes are based here, it's remarkable that nobody has a bad word to say about their rivals.

This sense of community is growing in Leamington Spa, particularly around the Silicon Spa movement, which is aiming to provide an overall brand for the huge number of independent game developers based in the town.

One aim of the brand is to improve government support for the companies, which Pete implies there isn't enough of at the moment.

"We do quite well out of R&D tax credits. Other than that I don't think we get any local or national government support. It'll be interesting to see what impact the proposed new tax breaks have."

It seems that Supersonic is doing just fine these days, with or without government support.

After the studio stopped working for Codemasters, they released multiplayer party racing game, Mashed, on the PlayStation 2, to great critical acclaim.

The best iPhone gamein the world

On mobile platforms, Supersonic has enjoyed sustained success thanks to a groundbreaking partnership with the BBC.

Peter is quite candid about how the deal to make games based on the Top Gear brand came about.

"We've been developing driving and racing games for many years, so I think we would always have been on the BBC's radar when looking for a developer to work on Top Gear," he adds.

"They wanted to develop a mobile game based on TG and we were basically asked to pitch. 3 or 4 months of pitching later, we won the contract."
Top Gear: Stunt School Revolution has amassed millions of downloads iOS. It has been the number one overall app in seven countries, reaching number two overall in the UK and sixteenth in the United States. 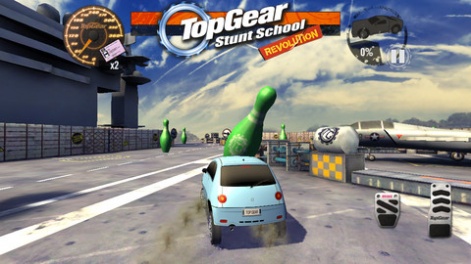 But could a company like Supersonic repeat this success without such a huge partner? Peter thinks it will be a big challenge.

"Obviously the license helps enormously so it would be very much more difficult to do be successful without one," he states.

"The App Store is incredibly busy and competitive and there are loads of really good games that have virtually no downloads  simply because they lack visibility.

"A big brand like Top Gear makes visibility and discovery so much easier. On the flip side, TG was our first mobile and iOS game and so in a lot of respects we were pretty naive about that market. We're much more clued up now.

"We're still very much working on TG. We've got an agreement with the BBC to support the game for at least 12 months. We're launching on Android too and then there will be further content and feature updates, etc. We're also talking about other platforms. All that leaves us with little time left for other projects.

"We are quietly working on something else though. It's still at quite an early stage, so nothing to announce just yet."

So will fans of cult-classic Mashed ever get to play something similar on a mobile device?

"Wrecked and particularly Mashed were real cult hits for us. Both games were at their best with four people sitting around the same TV screen," he says.

"It would be hard to recreate that kind of game-play and atmosphere on mobile. We have got some ideas on what would work well in terms of driving games on mobile, but they're all quite a bit different from the Mashed game-play."

With Supersonic tipped for more success thanks to their ongoing partnership with the BBC, Peter offers us his experienced view on the future of game development in the Midlands. 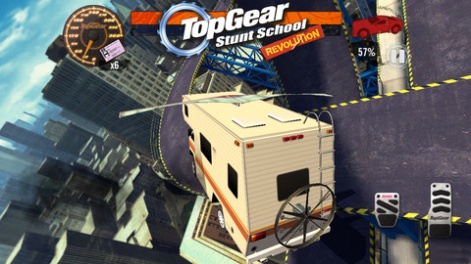 "Things have been really tough for the last two or three years," concludes Williamson.

"Our business for years was making console games  maybe not AAA, but respectable, playable, addictive and innovative games, a tier below that. The market for those kinds of console games has pretty much disappeared altogether. That's made life really difficult for developers like ourselves and there were quite a few studios similar to us.

"Mobile, tablet and browser gaming is booming in a massive way though so there are loads of opportunities.

"Back when we were developing console titles, if we sold 500,000 units worldwide we'd think we'd done really well. On mobile now, I think real success doesn't start till you have more than ten million downloads, so the size of the market is enormous.

"100 million downloads of one game is going to become far from unusual I think. That's really exciting."
You can read part 1 of our look at the UK Midlands here, with part 2 here.