N3V Games dishes out the stats 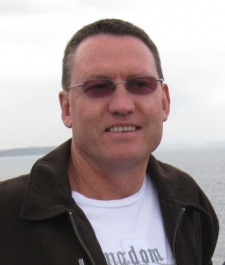 February 8th, 2013 - 12:47pm
By James Nouch, Staff Writer
N3V Games was more than aware of the importance of app icons when the studio was preparing to launch Trainz Driver for iPhone.

As a result, the Australian team agonised over the icon's design, first outsourcing the artwork to another company, and then deciding to start from scratch with an entirely fresh attempt.

Once the team was satisfied with its stylised icon, N3V launched Trainz Driver for iOS, Android and the Amazon Appstore.

But sales weren't as high as N3V had hoped, particularly on the Amazon Appstore, and it became clear that Trainz Driver's app icon was holding it back. The studio quickly took action, swapping out the bright, abstract design for a more obvious, descriptive icon. The results were dramatic.

To find out more about how app icon design affected N3V Games, we caught up with the studio's president and co-founder Tony Hilliam.

Pocket Gamer: What was your original logo for Trainz Driver, and what was the thinking behind it?

Tony Hilliam: When we were creating Trainz Driver we were aiming for a more casual market than our more 'serious' Trainz Simulator product which had been designed for tablets.

We decided that a real-looking train might scare away casual users so we ended up with a stylised train with bright colours to attract attention among all the other icons out there.

The stylisied app icon that Trainz Driver launched with.

What was it that prompted you to change the app icon in the Amazon Appstore?

Our sales were terrible on Amazon. We were selling 10:1 Trainz Simulator for tablets versus Trainz Driver for phones.

On other platforms, Trainz Driver sold more units than Simulator. We then realised the layout of the Amazon store is quite different to the other app stores, probably due to the book and web-based heritage of Amazon.
The revised icon for Trainz Driver, which went live first on Amazon Appstore.

What difference did the new app icon make to sales?

Every day after we updated the icon sales increased. Double on day one, then during the Christmas peak we were selling 20 times as many units.

It has settled down through January and we are now selling 10 times what we were before every day.

What did you do next? Were you able to recreate this sales boost on other platforms?

Absolutely. Google Play was next and that showed immediate benefits as well. That was when we knew we had to update the iTunes version as well and we are very glad we did.

Sales have more than tripled on each of those platforms. In fact, with a current price drop on iTunes, we have raced up to #4 paid app overall on the German App Store charts!

It looks like we will get into the Top 10 Games in most stores around the world this weekend as well.

What have you learned from the experience? What advice would you give to other developers looking at app icon designs right now?

Don't fall in love with your icon. No matter how much you like it, there is a chance that something different would do better.

In our case, we made a radical change and it had radical benefits. I would imagine there is also the possibility of going the other way if you get it wrong.
Thanks to Tony for his time. Reply
Ian Hawley
We were debating our app icon yesterday and not knowing this story I highlighted your new icon as being very clear and eye-catching, the very next day, this story appeared in an Indie FB group I am part of.

Very interesting article, thanks for sharing.
Posted 8 years, 8 months ago Reply
Rich Woods Independent games developer at Exobyte Games
I hd exactly the same experience with my app Cherry Chaser Slot machine. I launched with an abstract icon and downloads were poor. The application was getting lost in a crowd of similar abstract icons that completely failed to inform the user about any aspect of the app. I switched to an app store icon that showed what the game did and downloads hit the hundreds of thousands within a week.

It's very important to realise that your app store icon used for marketing is a completely different thing than your launcher icon that is used for quick identification of something that is already familiar.

Reply
Dave Mitchell Founder at Two Tails
This is a great story and iterates the important of a good icon. A/B testing is the best way to find out what works best and what doesn't. Customers are an illogical bunch at times.

I must admit though, I'm not surprised the first icon didn't work very well.
Posted 8 years, 8 months ago