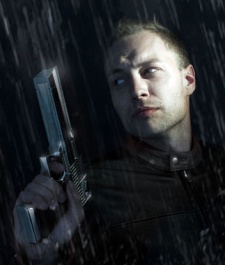 March 6th, 2013 - 05:25pm
By Jon Jordan, Contributing Editor
Temple Run may have been making the headlines over the past 12 months, but it's not the only endless runner that's been dashing up the charts.

If you haven't read much about Subway Surfers, though, that's because Danish developer Kiloo Games has been keeping its lips sealed.

Still, before we get too deep into the numbers game, one vital aspect of Subway Surfers needs to be explained.

Technically, Kiloo is only the game's co-developer.

As creative director Simon Møller explains, the studio has pioneered the process - which it labels 'co-production' - which sees it working with smaller start ups, providing the funding to get games made, as well as the marketing and promotional advice to make them successful.

In the case of Subway Surfers, the other co-developer is Danish studio Sybo, which Kiloo first worked with on a freelance basis over 2011 title Bullet Time.

"Sybo does the in-game development work and we do everything else, including the user interface, social features, and database and server work," Møller says.

When the development costs have been paid back, revenue is split 50:50 between Sybo and Kiloo. And given the user numbers Kiloo has just announced, those revenues splits will be mighty healthy.

Having had over 130 million installs across iOS, Android and Amazon since its May 2012 release on iOS, Subway Surfers currently has 25 million daily active users and 75 million monthly active users.

It's an impressive number, particularly the engagement ratio of DAUs/MAUs of 30 percent. 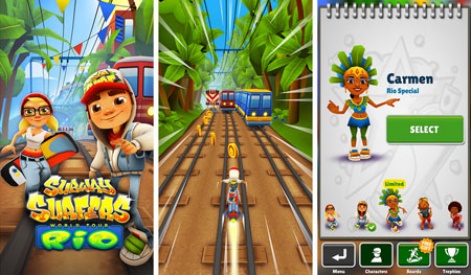 The latest update for Subway Surfers is its World Tour

"This is really important for us," Møller says. "We always try to put players first and that's why we focus on our retention, not our monetisation. You can't monetise players who have left your game."

In terms of how Kiloo has built this community, Møller says it's all down to viral promotion.

Subway Surfers is a great-looking game that's very easy to pick-up-and-play. He adds Kiloo doesn't spend any money on marketing, although it's active within cross-promotion networks such as Chartboost.

Either way, Subway Surfers' daily download rate hovers between 750,000 to one million, and it's expected to rack up 250 million lifetime downloads by the end of 2013.

The other big factor Møller highlights in terms of the game's success is the value of updates.

"I think we've updated our way to the top," he states.

To-date, the game has received eight major content updates, which are now rolled out on a monthly basis.

"We missed one in September and we could see the drop in retention straight away," Møller reveals.

He also keen to point out that updates go live across iOS, Android and Amazon almost simultaneously; usually 'within the hour'.

As you'd expect as it was the launch platform, iOS accounts for the biggest audience - around 15 million DAUs - and the best monetisation. Android is growing fastest, with 10 million DAUs since its September launch. Amazon has around 450,000 DAUs, but with an 'iOS level of monetisation'.

And underpinning direct monetisation options are the one billion monthly ad impressions Kiloo can use to generate indirect revenue from its players.

So to end where we begun, having experienced such success with its first co-production experiment, Kiloo is looking to refine and repeat.

As well as continuing with its own Unity-based internal development team, the 50-strong company has another five games in co-development with teams in the US, Canada and Denmark.

Spread across different genres, it plans to release two or three titles in 2013.

"There are so many good things about the model," Møller says. "We don't want shares in other companies, and we don't want to be a big developer. Even if we wanted, we wouldn't be able to get our co-developers to relocate to Aarhus [Denmark's second city]."

The result is a loose network of companies who are making the most of the new global opportunities for free-to-play games in the most flexible manner possible.

Another hit like Subway Surfers, and there'll be plenty more companies experimenting with similar models.