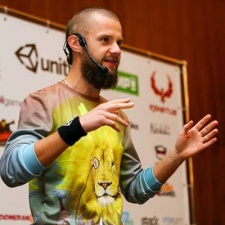 At the tail-end of 2014, we covered the news that Oleg Pridiuk, a former Unity evangelist, would be joining Game Insight as part of its push towards high-end 3D gaming.

At the Unite Europe 2015 conference in Amsterdam, we got a chance to catch up with him amidst the noise and hubbub to chat about how Game Insight's new Unity-powered approach is going so far.

The first thing Pridiuk was keen to point out was that this new 3D vision in no way affects the firm's support-driven approach and games-as-a-service sensibilities.

“What we're trying to bring into the market - the mission is to raise the bar for quality,” says Pridiuk.

“And not just the quality of textures or gameplay, but also the user experience.

“So say a guy in Spain launches the game, the game is immediately in Spanish. And if he has problems with his account, he types in Spanish, gets support in Spanish - and that's the same for German, the same for French, and we'd even localise for Lithuania where we're based.”

“We respect all players, and we want our players to stay within the game for years,” he adds

However, it's not long before we get on to the point at the core of Game Insight's new philosophy: pushing beyond casual and gunning for something altogether more ambitious.

The industry is ready for the kind of games in which you need to invest your time, where sessions are not 5-minute toilet sessions.

“We also believe that the industry, the players, the market - all three sides - they are ready, or going to be ready soon, for less casual and more hardcore games,” Pridiuk argues.

“You can call it midcore, you can call it early-hardcore - I mean, the definition of hardcore on PC and mobile is different, so what is hardcore? But the industry is ready for the kind of games [in which] you need to invest your time... where your sessions are not 5-minute toilet sessions.”

“For example, like X-Mercs,” he says, gesturing to an in-development build running on the iPad sitting beside us.

“This is a turn-based strategy game - you pick your squad, and then you fight, and then you can spend 20 minutes just completing all the missions within a single level.”

Unity is central to Game Insight's new 3D approach, but Pridiuk is under no illusion that his former employer's toolset is one that's best equipped for dealing with all aspects of development.

An idea should come first and the tools second, he says.

“While we're at the Unite conference we should speak nicely of Unity. However, Unity is a tool, and a tool is used to solve problems. You use a fork for a certain problem, but then you use a spoon for a different problem.

“For example, 2020: My Country - that's a 2D game, a city-building tycoon game, implemented with our own engine. And people are going to think 'your own engine, how complex is that when you have Unity, you have Cocos2d, you have other things.'

“However, having this custom in-house C++ engine, we're able to move faster than the industry... our engineers knew how to adapt to the new, complex and emergent world of WebGL, so we had our game on WebGL while no other full-fledged games had it.”

Since his departure, I was curious to hear Pridiuk's thoughts on Unity's current direction. What did he make of the keynote? Was the focus on analytics of interest to Game Insight, for instance?

“Unity is becoming more and more a service company, and this is the statement everyone agrees with,” he says.

“However, it is still becoming. And Game Insight, as a free-to-play game developer, has already developed all the services for internal needs.

“And while Unity has probably two years of service experience, we have many more years and are much more advanced in certain areas. [Our solutions are] also not a generic product - they're suited for our needs.

You cannot force the team to make a game, the game has to come out of the team.

“But we use Unity a lot, we're partners with Unity, and we feel that this is the right technology for anything 3D.”

Few of its projects are announced as yet, but Game Insight has a lot in the pipeline. I was curious to what extent its studios worked autonomously in terms of generating ideas - and indeed technical decisions such as what engine to use.

“You cannot force the team to make a game, the game has to come out of the team,” Pridiuk states.

“This is the point of inspiration... having all those internal teams, we don't dictate to them what they should use. We ask them 'Hey, what's the next title you want to work on, what's the technology you want to use?'

“The teams are making these games, and we're helping the teams to deliver these games to the market... it's more collaboration,” he continues.

“There is a process of project reviews... but again, this is not dictated. This is like 'Hey, this is what we feel should be done with the game for it to perform better.'”

Obviously there's a greater cost involved with simultaneous development of multiple 3D titles, so how are the teams dealing with this?

“They are higher cost for multiple reasons,” Pridiuk confirms.

“For doing 2D stuff you need an artist, making a 3D character you need a bunch of artists - 2D, 3D, modellers, animators, and render engineers to make the character look nice in the game.

“And then you take more time optimising the game since while the device you hold in your hands has a tiny screen, it has pretty much as many pixels as your old monitor that is 22-inch. That monitor is connected to a desktop-grade GPU, and the device in your hand has a mobile GPU.

“So rendering 3D on a mobile device is challenging. It requires lots of time, lots of resources, lots of money. However, the players are more and more demanding these days.”

Yet, he argues just like support in their local language, this is the sort of attention you need to deliver to be successful in the current mobile gaming market.

“If you want to cater to more kinds of players, who maybe came from consoles, or whose primary platform is Steam... you have to bring an experience that reminds them of the depth and quality of games they enjoy playing back at home," Pridiuk says.

It's certainly an ambitious approach, but given the potential rewards, surely one that's worth the effort.

Why three-man-indie Framebunker is going iOS, paid and niche core