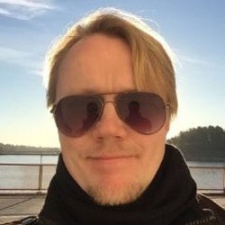 Two of the most interesting strategy titles of 2016 so far, Robocide and Winterstate, were launched by the same studio: PlayRaven.

What's more, they were both released within a month of one another.

It's not something you see very often, but then Finnish studio PlayRaven prides itself on doing things a little differently.

Focused solely on mobile strategy games, it's committed to shunning clones and doing something unique with each release - a philosophy to which both Robocide and Winterstate can testify.

PocketGamer.biz got in touch with CEO Lasse Seppänen to discuss the development and launch of both games, how they've been received so far, and the studio's plans for the rest of 2016.

PocketGamer.biz: Was it always the plan to launch Robocide and Winterstate in such quick succession, and did two launches in a month put a strain on the team?

Lasse Seppänen: It was always the plan to global launch Robocide and Winterstate early in 2016, and, since both games were made by two completely independent teams, it was totally feasible to launch them both in quick succession.

PlayRaven has grown a lot in the past 12 months, so I think it was important for us to ship both these titles and together review our focus for the rest of the year and beyond.

Did you worry about launching two strategy titles in such quick succession, or did you believe each was distinct enough to find its own audience?

Both games share the same goals (to bring RTS to mobile), but are approaching them from very different angles.

Robocide is a much more casual approach to the genre, taking some of the core real-time strategy concepts and distilling them down into the simplest possible mechanics.

Winterstate, on the other hand, resonates with a more hardcore fanbase, taking pretty much the full RTS experience and making it work on touchscreen devices in an intuitive way.

Back when we were pitching and demoing alpha versions at the various tradeshows we saw the response divided roughly in half: some really liked Robocide, while others strongly preferred Winterstate.

That was the first indicator for us that these two games resonate strongly with different audiences.

PlayRaven always seems to have multiple projects in development at once. How is development set up at the studio to sustain this, and is it something you'll be looking to continue?

To mitigate that risk it’s important to ensure that we always have multiple shots at the market, hence having multiple projects in development is key.

Having multiple projects in development is key to mitigating risk.

We currently have two games teams which operate independently, yet provide feedback to each other and share learnings.

Since they are always working on very different titles from one another, there’s always tips & tricks that each team can bring to the table.

In short - with two teams we learn twice as fast!

How long were Robocide and Winterstate each in development, and what would you say was the biggest specific challenge you overcame during this time?

We were full throttle on both titles for about 18 months, and we made a big decision to support Android with both games quite late into soft launch.

It was actually a little bit of a calculated risk because our development teams are relatively small. But fortunately, everything turned out just great!

Android versions of each game shipped just a week or two apart from their iOS versions and we intend to simultaneously ship both platforms in the future.

How did the findings you got from soft launch shape the Robocide and Winterstate we see today?

Robocide began life as a very basic single-player RTS. We wanted to go into soft launch with quite a focused product to verify that the game was actually fun.

Based on the feedback and metrics we added PvP multiplayer, Leagues, Titans and other features. The Titans were an important addition because they brought more tactical decision-making, unlocks and, well, more explosions to the battlefield (everyone loves explosions!).

Basically, the Titans were a great way of offering the players more value and interesting decision-making in the metagame.

For Winterstate, the focus was more on optimising what we already had. Onboarding, first time user experience, and the user interface received major tweaks.

By the end of soft launch we had the package size at under 100MB so anyone could download it without a WiFi connection. No small feat for a game that relies so heavily on cutting edge real-time 3D graphics!

Device support was also being continually enhanced and optimised - with special optimisations put in place for the iPad Pro and Nvidia Shield devices.

What's the response been following the launch of Robocide and Winsterstate?

How about one billion robots destroyed!? Ha! At the moment we’re not sharing any specific metrics or KPIs, but I can say that the last couple of months have been incredibly encouraging for us.

Robocide hit #1 in the US strategy charts.

We definitely feel like we’re on the right track with our games and plan on continuing along this trajectory with our future releases.

You say that there is more to come from PlayRaven in 2016. Iis the long-awaited Spymaster sequel likely to materialise?

We remain committed to our plan of launching three games in 2016, with the new Spymaster game scheduled for release later this year.

I’m not sure if we have mentioned that before so consider it a PocketGamer.biz exclusive!

I would also like to stress that it’s not a direct sequel; it’s a whole new spy experience, one that’s completely different from the original Spymaster.

The new Spymaster  game is scheduled for release this year.

I was just playing the latest prototype and, wow, I wish you had the proper security clearance so I could talk about it with you. Just kidding.

But seriously, I can’t reveal much yet, but let me just say we always wanted more focus on the personal and professional relationships between the agents and this new Spymaster game will finally enable that.

A common debate in mobile strategy right now is the addition of auto-play. How do you feel about the balance between metagame and traditional strategy gameplay?

In our view, auto-play widens the audience, enabling different types of players to enjoy the same game.

I think it works best when it’s optional to the player, allowing them to decide whether to focus their time on the tactics of the metagame.

For instance, I play Star Wars: Galaxy of Heroes on auto-play a lot because I simply don’t have the time it would require to manually tweak the tactics in all those daily matches.

If there was no auto-play, I wouldn’t be able to participate in the game in a meaningful way so I probably wouldn’t play it at all.

Clash Royale is a fantastic example of how the strategy genre can evolve on a massive scale.

More broadly, what do you think of the strategy genre on mobile right now, and how do you see your games fitting into that?

Our friends at Supercell just released Clash Royale, which is a fantastic example of how the strategy genre can evolve and reach new kinds of gamers on a massive scale. It’s a wonderful game!

Strategy games are a great fit for mobile, as the touch interface works really well with strategy mechanics, as well as the incremental decision-making and tactics fitting smoothly into a player’s daily schedule.

We see the genre as being full of opportunities for those who have a bold attitude and a willingness to try new things.