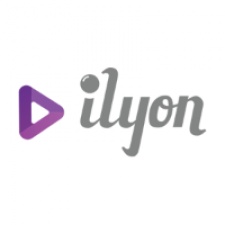 Its four co-founders started making games together as a hobby back in 2010, while serving in the Israeli army. In 2013, they decided to make things more official.

"We started as a small company, with no VC funding," Ilyon CEO Yonatan Erez recalls to PocketGamer.biz.

"We were four co-founders, and every one of us had a different skill: two project managers, two developers."

And thus, Ilyon Dynamics was established as a company proper.

It's not uncommon in Israel for former army officers to pursue a career in technology - often ad tech or cybersecurity - but game development remains a relatively unusual path.

Despite this, the company has really started to experience rapid growth over the past year or so.

By the end of the year, that number is expected to grow again to 30.

Ilyon has achieved this by establishing a very distinctive strategy defined by an intense release schedule and quick development times.

The goal is to create the perfect Bubble Shooter game.

Bubble Shooter was Ilyon's first successful title, originating on Facebook. It was then moved to mobile, where it also performed well.

While other studios would be content to focus on simply updating their flagship title with new content before launching a full sequel in a year or so, Ilyon identified an opportunity to make the most of the audience it had identified with Bubble Shooter by delivering frequent series updates.

"We want to get as much as we can from the Bubble Shooter audience," says Ilyon's Head of Marketing Adi Haddad. "The goal is to create the perfect Bubble Shooter game - like Candy Crush does for match-3."

The firm now boasts 40 released games on Google Play and 34 on the App Store - the vast majority of them Bubble Shooter games - helping it to maintain 40 to 50% monthly growth without marketing spend.

"The user base a few months ago was definitely a lot smaller, but as we updated the bigger apps and released new games, we saw growth and opportunities for cross-promotion," explains Erez.

In essence, it's a very pragmatic approach to development based on ensuring that as little development time is wasted as possible.

Focused on getting games in players' hands as soon as possible rather than spending months deliberating, one could call its approach the anti-Supercell.

If something takes time to do and it's not valuable, we try to think twice.

For instance, Erez recalls a time that the team spent a long time developing a more complex Bubble Shooter game that turned out to be "very bad."

"If something takes time to do and it's not valuable, we try to think twice," he reflects.

"The worst thing for us is to spend a lot of time developing a game and not get feedback from the users."

But now, branching out from the Bubble Shooter formula, Ilyon Dynamics is once again in the process of developing a more expansive project - the "casual strategic game" Greedy Kings.

Whether or not this will prove fruitful for the studio remains to be seen, but rest assured that Ilyon's Bubble Shooter output is showing no signs of slowing down.

"We want to make Bubble Shooter games more related to things going on in the world," states Erez - a strategy that kicks off with a series entry to coincide with the Rio Olympics.

Reply
Karen Kirkpatrick
I have been playing a game called....Cubes Puzzle.....it won't let sign in through Facebook so that I can continue at a level about 1040. Error message says its in construction? Its my favorite game. Did I reach the end of levels?
Posted 1 year, 8 months ago