Early investor joins the board 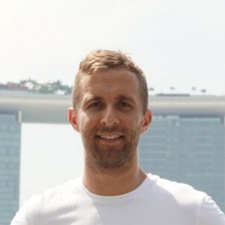 With a career in mobile games stretching from days at Digital Chocolate and Wooga to startup and King-acquisition Nonstop Games, Henric Suuronen has experienced more than most veterans over the past decade.

Indeed, in addition to his day-to-day activities, he’s also been an active investor, involved with studios such as Grand Cru, Futureplay, Traplight Games, PlayRaven and now Huuuge Games.

And it’s the latter - and its explosive success in social casino games - that’s currently getting Suuronen really excited.

So, having finished his time as a Senior Creative Director at King, he’s now doubling-down with the US-headquartered and Polish-operated Huuuge Games by joining its board of directors.

A good opportunity then to get Suuronen’s take on trends in the very competitive social casino sector, as well as the wider industry.

PocketGamer.biz: You first invested into Huuuge Games in 2015. What was the attraction?

Henric Suuronen: I was one of the first investors to bet on Anton [CEO Anton Gauffin] and team Huuuge in early 2015 and I would say that there were three reasons for me to invest.

First, I have known Anton and his team since 2005 to 2007 when we made J2ME mobile games together, even before iPhone had arrived to completely reshape the industry. So, for over 10 years I have known the team's passion and drive to make truly amazing games. This was a very big part of why I invested.

Second, I have been thinking about how to disrupt the social casino space for over eight years now, but there has never really been a chance for me to do it. When I saw Anton’s vision of what he wanted to build, I saw a great match with my personal thoughts on how social gameplay and innovation drive user engagement and retention. I realised that if we combined our visions we could create something very successful.

The third reason is quite simple. I am competitive in nature and so is Anton. I enjoy entering a very crowded market with established big companies and try to outsmart them, out-innovate them and make a product offering so appealing that the end customer (the player) loves the product.

I enjoy entering a crowded market with established big companies and trying to out-innovate them.

This is the classic David vs Goliath setting I enjoy the most. I think with Huuuge we have found innovations (just like David did) that will ultimately give Huuuge the top spot and beat the current "Goliaths" in the social casino space.

What are the biggest challenges a company like Huuuge faces?

Great question. When a company is as successful as Huuuge and is growing fast, it is always very difficult to manage the growth right. The growth puts stress on hiring, integration of new employees, culture, focus and many other critical parts.

There are countless examples of gaming companies that have found something very successful and then gone on a hiring spree, and then get into big trouble in just a matter of one to two years.

One company I admire having managed growth in the right way is, of course, Supercell. They are in many ways our role models on how to handle growth right, stay focused and continue to innovate.

The market is constantly moving and if you get slow because of your best product people are being tied up in meetings or getting promoted to non-product roles you can quickly lose the reason why you were successful in the first place.

I think Huuuge is handling their growth right and it has been amazing to see how the company has gone from 60 people to 180 while still fostering innovation, product and team-led decision making.

The social casino space has already gone through several consolidation cycles. What do you think Huuuge has to do to become more than another acquisition within a competitive and cash-rich sector?

Yeah, you're totally right that it seems like the big companies are just buying up the smaller ones every time one of them succeeds.

Given the explosive growth, Huuuge has of course already been receiving a lot of acquisition interest from other companies. While the offers are very flattering, Anton and team Huuuge have a lot bigger goals than a quick exit through an acquisition.

The real-time gaming platform that Huuuge Casino is built on is a billion dollar opportunity.

When I first invested, Anton made it very clear that his intentions were to build an enduring company. The real-time gaming platform that Huuuge Casino is built on is a billion dollar opportunity. It is very fun to work and to notice that you can rival and even beat the bigger companies in the market, so why sell short and not realise your full vision?

In a few years, if there is a need for shareholder liquidity, we could consider an IPO, which would allow the company to continue independently. But it is too early talk about exit strategies at this point when the company is growing, is profitable and has plenty of cash on the balance sheet.

We have not yet even unveiled the next shiny products that have the potential to be even bigger than Huuuge Casino.

Huuuge has been successful with original IP but do you think there’s a place for branded social casino games?

At Huuuge we believe in our own original IP but will consider a branded experience if we think there is a great match. Quite often though, branded content and associated licensing fees will eat your margins and result in fewer possibilities, if you compare it to in investing in R&D.

This has allowed Huuuge to grow the market not only by stealing over users from competition, but also by attracting new younger demographics.

As a result, we have more R&D to focus on making our games better.

The social casino sector isn’t very innovative when it comes to game types. Do you think there’s an opportunity to innovate beyond slots and poker?

I totally believe in innovating new game types in the social casino, and this is one of the reasons why I'm so excited about Huuuge.

Huuuge will be coming out in the near future with very innovative products.

We are also very impressed by some other companies in the space like Pirate Kings by Jelly Button, which shows that you can combine casino mechanics with decoration and social play.

I wish I could share more, but Huuuge will be coming out in the near future with very innovative products that demonstrate how it's possible to extend what social casino can offer.

Great question. We totally believe in the latter definition. At the core of Huuuge Casino is this incredible RT social gaming platform that allows you gather players around a virtual table of sorts, let them interact, chat, gift and compete in real-time. It’s an almost a magical feeling when you start Huuuge Casino and get notified that your friend is also online.

With a click of a button, he appears a few seconds later around the same poker table or slots machine and you're chatting and having fun in real-time. When you experience it for the first time, that’s when you understand why the real-time platform and experience is so disruptive and a true billion dollar idea.

More generally, you’ve invested in several mobile game companies. With the Western market now maturing, what do you think comes next in terms of the new generation of startups?

I've invested now in quite a few mobile games companies and it is true there are many signs of the market maturing. But I do believe there are still many open gaps and exciting ideas, that when done correctly, will create some very successful companies.

I’m, for example, super impressed by games like Roblox that show how a truly unique social experience can catapult you up the charts.

I’m also impressed by one of my own investments, Traplight Games, that has shown that you can integrate user generated content, YouTube influencers and an amazing casual game [Big Bang Racing] into one. This has allowed them to grow without using any money in user acquisition.

At the same time, new startups need to be smarter and not fall into the trap of making a new game X just like successful game Y but slightly better. That evolutionary copycat strategy will not work.

The only way to penetrate a crowded market is to deliver new experiences.

The only way to penetrate a crowded market is to deliver new experiences to the market. I also believe that to create something as a long-term successf it needs to be very social at its core. Mobile phones are social and connected, that's why they were created in the first place.

Making a single-player game is leaving the biggest advantage that mobile has on the table. If you look at top grossing game charts, it is quite clear that all long-term winners are social (in addition to being amazing games at the core).

The biggest advantage startups have over bigger companies is the speed that they can react to opportunities and changes in the market.

I’m actually positive about the future for mobile gaming companies. Yes, it is a lot tougher than before, but recent success stories like Huuuge or the amazing Playrix story shows that it can be done as long as you innovate and bring new experiences to the market.