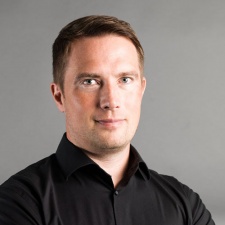 When Next Games announced that it was to begin publicly trading, it came as something of a surprise.

This step into uncharted territory appears to have paid off for Next Games, with its IPO oversubscribed several times.

And more broadly, the IPO coincided with a doubling of revenues in Q1 2017.

To find out more about the motivations behind the IPO, what it means for Next Games as a company and the significance of being the first Finnish game developer to list publicly, PocketGamer.biz reached out to CEO Teemu Huuhtanen.

PocketGamer.biz: Why did you decide that the time was right for your IPO?

Teemu Huuhtanen: We felt that this is the right time for Next Games to take this next step. Our business is profitable with The Walking Dead: No Man’s Land, but we want to take the company to a whole new level.

We are fully focusing on working with the biggest entertainment IP in the world and The Walking Dead: No Man’s Land is a great example of what our passionate team is capable of, but we want more.

We are a growth company and so all the proceeds from the IPO will go to supporting our growth.

The visibility we get by being a public company is great when we expand the team.

That means building and marketing the two games based on international licensed IP, starting new game projects and looking to expand our operations beyond the Western markets to Asia and South America among other things.

The added benefit for Next Games employees is that through our options program, the shares people own will have tangible market value.

And of course, the visibility we get by being a public company is great when we expand the team and look to get the best game developers to join us on our mission to redefine the way franchise entertainment transforms into highly engaging mobile games.

Next Games was the first game company to list publicly in Finland and we did our part in turning the next chapter in the history of games by creating new practices within the Finnish games industry.

The listing plays a key role in supporting Next Games’ growth into an even stronger mobile game company.

The initial public offering was significantly oversubscribed and immediately after the listing we had over 4,000 shareholders.

This is a clear indication of the credibility of our growth strategy amongst both international and Finnish investors.

Why do you feel that it has taken so long for a game company to list publicly in Finland?

There are a handful of game companies in Finland who have been in the business for a long time, but the majority of game studios are quite young, and mobile games as a business is still a relatively young industry.

Doing an IPO is quite a bit of work and requires a lot from the people working on it.

Most companies have operated through VC funding, but as the industry is maturing and there are multiple companies who are making a profitable business out of it, listing publicly as a means to support growth is becoming a realistic option.

Doing an IPO is quite a bit of work and requires a lot from the people working on it, so I suppose younger companies have sometimes felt that it is not an option due to the sheer amount of work.

The NASDAQ Helsinki First North list however is a great place to start as it is meant for growth companies exactly like Next Games. Hopefully we’ll see more companies joining the list in the future.

Do you feel there are misconceptions around what listing publicly means for a games company and its culture?

There are three main things I know growth companies considering an IPO are wondering. First, the sheer amount of work required may seem daunting.

Sure, it is a big project, especially if you have a small team working on it, but we pulled it off nicely and I have no doubt that others could do the same thing.

If you have conducted your business in a responsible and organised manner as a private company, then the IPO project is a lot easier to go through.

Secondly, some people have asked me if we are now a very bureaucratic company ridden with all kinds of unnecessary processes. That is absolutely not true.

There are some new things such as sharing our quarterly results to the public now, but we’ve done more or less similar reporting to our VC investors in the past, so it’s not a huge deal.

We continue making games just like we did before.

And finally, we felt that it was very important to ensure being a public company wouldn’t stop us from sharing information openly within the company and that our game development process wouldn’t be disrupted in any way.

This was actually one of the first things we researched. You have to be mindful about information and understand how and when to share of course, but we didn’t really have to change much in the way we operate.

What have you learned so far, and what advice would you give to other game companies considering a similar move?

Good advisors are very important in the process and the right decisions there will help you immensely.

My advice, as always, is to talk to other companies. All you need to do is ask.

You will need a bank of course to lead the project, as well as legal and communications help, especially if you are not a big team and don’t have all of that in-house.

You will also need auditors to check your business through and through, preferably someone who is familiar with the games industry.

My advice, as always, is to talk to other companies. We have an awesome community of games companies here in Finland who are all willing to share advice; all you need to do is ask.

What's next for Next Games after going public?

We are fully focused on working with top notch licensed IP. We have two games in works and aim to launch at least one game per year starting from 2018.

The proceeds from the IPO will be spent towards our growth, so new games and looking into expanding to new geographies like Asia among other things.

We are also hiring the best game developers, marketers, analysts and many more to join us in creating our next games so check out our open positions here.

Next Games doubles revenue in Q1 2017 after successful IPO