What the hell is cryptocurrency and how does it work for mobile games? 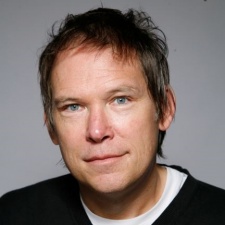 Working in the mobile games industry and playing free-to-play apps, many of you reading this will be fully aware of how virtual currency works in these games.

For hard currency, you pay with real money and then get virtual currency, such as Gold, to spend in-game.

While you may be familiar with the concept, it can be more difficult to wrap one’s head around the idea of digital money known as cryptocurrency.

Then throw in terms like blockchain, altcoins and initial coin offering (ICO), and the whole thing can seem rather confusing.

One company currently dabbling in the world of digital currencies is Reality Gaming Group. It’s developing an augmented reality FPS called Reality Clash, for which it has launched an ICO – successfully raising $3.5 million+ so far.

The offering will end on September 29th, while the game, which will also use cryptocurrency in-game, is scheduled to launch in Q3 2018.

Reality Gaming Group co-founder Tony Pearce, who knows a thing or two about the world of cryptocurrency and ICOs, describes exactly how it all works.

“Cryptocurrency is a form of digital money that is designed to be secure and, in many cases, anonymous,” he explains.

“It is a currency associated with the internet that uses cryptography, the process of converting legible information into an almost uncrackable code, to track purchases and transfers. The first and most famous cryptocurrency was Bitcoin, which was created in 2009. There has been a proliferation of cryptocurrencies in the past decade and there are now more than 900 available on the internet.

“Cryptocurrencies use decentralised technology to let users make secure payments and store money without the need to use their name or go through a bank. They run on a distributed public ledger called the blockchain, which is a record of all transactions updated and held by the currency holders.”

Given that the current payment models for free-to-play games on mobile devices aren’t particularly broken, why adopt cryptocurrency for your mobile game?

Cryptocurrency is a form of digital money that is designed to be secure and, in many cases, anonymous.

Pearce says virtual gaming currency and cryptocurrency go hand in hand, so it's not as big a step as you may think.

“In-game virtual currencies have been around for decades and consist of coins/currencies within a virtual world or virtual game such as World of Warcraft, MapleStory, RuneScape, and many other online games,” says Pearce.

“These virtual currencies are bought with standard money and all have fluctuating value just like any market, as there are always buyers and sellers - supply and demand. Although these virtual coins/currencies are sold and bought on a regular basis, the difference is that you never actually own any of these currencies. Anything within the game is the property of the game creator and does not belong to you in any way, shape, or form.

“However with the advent of the blockchain and cryptocurrencies such as Ether and the Etererum platform, companies can now wrap a smart contract around their in-game currency that allows users to trade and sell their currency via online exchanges for other cryptocurrency which can then be converted back to fiat money.”

The idea to offer coins of a cryptocurrency or token of a blockchain project has been a hugely successful instrument to raise funds.

When asked how developers can get a large number of consumers onside with these kinds of transactions that may sound confusing, Pearce says gamers are in fact already familiar with virtual currency.

“By creating your own token/coin for in game purchases and being able to trade and sell them through exchanges on the Blockchain will only increase demand.”

As alluded to earlier, in-game transactions aren't the only way that developers can harness cryptocurrency.

Step in initial coin offerings, a new way of raising money that arguably has less strict regulations than that of a typical initial public offering (IPO).

It’s a way for companies to sell their new cryptocurrency coins at a discount to help fund a product or app they are developing.

Investors in an ICO are basically speculating that the coin they are buying will be worth more in future. In a sense, much like how shares could be worth more over time should a public company successfully grow its business, revenues and profits.

“The idea to offer coins of a cryptocurrency or token of a blockchain project has been a hugely successful instrument to raise funds for the development of a new application,” says Pearce.

“The pre-created coin can be easily sold and traded on all cryptocurrency exchanges if there is demand for them.

“Recently we have launched an ICO for our new mobile AR combat game called Reality Clash. The in-game currency is called Reality Clash Gold coins and during the ICO investors can get these coins for a limited period at a big discount to the price of the coins when the game is launched.

“As an added incentive, ICO investors can also buy exclusive weapons, which will not be available when the game goes live. These weapons can also be traded on the blockchain – you become a virtual arms dealer and can make money.”

The terms surrounding these digital currencies may sound off-putting – importantly, to consumers in particular – but some similarities to virtual currency seen in F2P games could suggest that the leap may not be as wide as it seems.

For Reality Gaming Group at least, after raising $3.5 million+ so far from its ICO, the decision to use cryptocurrency right now must seem an easy one.

Got something to say about cryptocurrency? Why not fill in our speaker submission form for Pocket Gamer Connects London, which takes place on January 22nd to 23rd.

For more details about PGC London and to register to attend, head to the website.