The making of Gardenscapes spin-off Homescapes 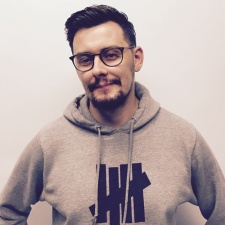 Playrix has quietly become one of the most successful developers in Europe.

Such was Gardenscapes' success on mobile, it's launched a follow-up in the shape of Homescapes. The title is much the same, based on match-three gameplay combined with house decorating and a story to keep players engaged.

It's already proving to be one of 2017's biggest mobile hits, as it seems players can't get enough of the 'scapes charm and the life of its lead character Austin.

To find out more about the development of Homescapes and Playrix's plans for the IP in future, we spoke to Creative Director Igor Elovikov.

Why did you decide upon a sequel to Gardenscapes? Are there going to be a series of 'scapes' games now?

I wouldn’t say Homescapes is really a sequel. We think of it more as a spin-off, but even that doesn’t convey the full idea. In the traditional F2P context, you need a sequel when the original game is playing itself out.

Our case is different: we’re looking to have our users play both of the games.

The idea for Homescapes was actually born many years ago, long before the Gardenscapes launch. It goes way back to when we were developing casual downloadable games.

Gardenscapes, after all, is actually an adaptation of our 2007 computer game, and that one had a sequel set in a house. It was called Mansion Makeover and turned out to be more successful than the original game.

Since then, we’ve always wondered: could we relive that success story with a free-to-play model?

I should say though, it’s still kind of early to talk about more potential 'scapes' games coming down the pipe.

What new features have you added to Homescapes to innovate on the successful Gardenscapes formula?

From a technical point of view, the formula is the same. The key difference is the narrative part, the story itself.

The idea for Homescapes was actually born many years ago, long before the Gardenscapes launch.

Along with the new setting, we focused on adding a few new things. We tried to create a different environment for Homescapes, but we also wanted to add extra flavor to the story.

To be more specific, Homescapes is very much about Austin’s childhood and the relationship he has with his parents. It’s a family reunion story to a certain degree.

Homescapes uses a single currency in coins, rather than adding another currency or video ads into the mix. What's the thinking behind this approach to monetisation?

This approach definitely steps away from the traditional model and its hard and soft currencies. Our priority here was to make it simple and get rid of everything that we could possible get rid of.

With a metagame like Gardenscapes, you actually don’t need a soft currency, so it makes sense to develop a single currency that combines the attributes of both.

Players need to put in effort to earn the coins, there are limited ways to do that, and we balance it to ensure the value of the coins doesn’t drop.

To put it simply, we just thought having a single currency would be more elegant.

The narrative is a key part of Homescapes (and Gardenscapes). What has been your approach to fit this story-telling into the match-3 genre to keep players coming back for more?

We don’t have a secret sauce or tricks we use for the storyline. Our priority here is the quality of the story, keeping players engaged and making them believe in it. That’s what makes them come back for more.

How big was the team on Homescapes and how long was the total development time?

The game was in development for 18 months. The team has grown extensively, from 10 people to more than 60.

The hardest thing was to find the balance between making a game that was recognisable while also independent at the same time.

The hardest thing was to find the balance between making a game that was a recognisable part of our hit series, while also independent at the same time.

The major question we asked ourselves at every stage of development was how we could make sure players play both Gardenscapes and Homescapes.

Absolutely. Homescapes has been already installed 35 million times. It was the most downloaded mobile game in October worldwide, and more than nine million people play the game every day. We’ve been getting very positive feedback too.

What’s next for Homescapes?

We have lots of ideas for the game, but for now we’re working on the obvious things it’s missing.

First and foremost, Gardenscapes is way ahead of Homescapes in terms of events and features. We’re focused on bridging that gap.

Playrix is bringing Homescapes to AppGallery