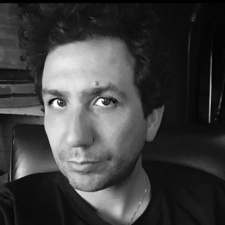 “We haven’t fulfilled the potential of The Sandbox yet,” says CEO Arthur Madrid of US/Argentine developer Pixowl, explaining its $5 million acquisition by Hong Kong-based Animoca Brands.

That might be surprising given mobile games based around the 2D pixel, user-generated content IP have been downloaded over 40 million times, with 57 million individual worlds created by a million-strong monthly active audience.

But Madrid says having access to more resources and audience reach, especially in terms of the fast-growing Asia market, is key, especially as it looks to advance the franchise technologically.

“Mobile is really, really competitive now,” Madrid adds, advancing the subject to the real reason for the two companies’ new relationship, which is the emerging blockchain gaming sector.

“Together, we think we can make one of the first great blockchain games.”

Since it sold some mobile games to Maple Media, going onto shed the vast majority of its remaining portfolio to iCandy Interactive, in late 2017, Animoca has been rebuilding itself as a blockchain-first games company.

Earlier in 2018, it acquired Finnish developer Tribeflame, which is working on a blockchain mobile game based on MasterChef, as well as gaining the rights to bring CryptoKitties to mobile.

“We have existing user bases in different regions of the world and we hope we can convert them to the new version of The Sandbox.”

Pixowl will continue to work on its existing mobile games, of course. Indeed, Madrid says it has new titles in development and a development roadmap stretching into 2019, but its focus will increasingly switch to the new 3D voxel version of The Sandbox.

Due to go live sometime in 2019, it will be supported by the release of a companion voxel editor and a blockchain-based marketplace for the trading of items which are planned for launch later in 2018.

These will enable Pixowl and Animoca Brands to encourage its existing fanbase of creators to start making - and trading - objects for the new game so there’s plenty of content available at launch.

Pixowl co-founder and COO Sebastien Borget will be speaking at Pocket Gamer Connects Helsinki in a talk entitled 'User-Generated Content Meets NFTs Within The Sandbox'. The event place on September 11th to 12th.

You can see who else is coming to PGC here.