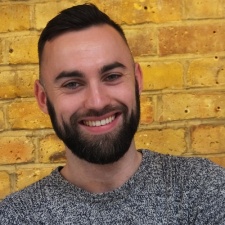 With games based on popular shows Love Island, The X Factor and Baywatch, there is something quintessentially British and millennial about London-based games developer Fusebox. That is, owing to our love of guilty pleasure television.

Those IPs indeed boast broad appeal past the typical gamer, but what weaves them together within Fusebox’s games catalogue is the trend of interactive fiction, a genre that has been on the rise within the mobile games industry over the past couple of years.

Owing to the genre's own ability to capture the interest of more casual games fans, combining it with a particuarly popular IP seems like a no-brainer.

At least, that was the idea behind Fusebox’s inception according to co-founder and creative director Michael Othen. A former designer for EA, he formed the studio in 2016 with co-founder Wil Stephens, who himself had experience with games and crossovers.

“Wil and I got together with our shared experience to make a studio that capitalised on what we saw as a great and emerging genre, which was the narrative genre, and to bring that together with interesting licenses,” Othen tells PocketGamer.Biz.

“We saw a great opportunity to bring shows that people loved together with fun narrative experiences to give them more ways to play and more ways to get involved with their favourite programmes.”

As to why the duo has a penchant for mainstream television, Othen admits it fits the type of stories they want to tell while giving them an edge in a competitive market.

We saw a great opportunity to bring shows that people loved together with fun narrative experiences.

“Nowadays, it’s quite difficult to get traction on the app store as an indie developer,” he says.

“We thought the opportunity to combine what we’re doing with IP was the best route to getting traction on the App Store.

“It also seemed a natural fit for the kind of stories we wanted to tell, TV shows and films are narrative experiences, and so we saw narrative games as a natural fit.”

Regarding the narrative genre, Othen notes that the chance to jump in quickly revealed itself when Pixelberry’s Choices and Pocket Gems' Episode become mainstays in the charts, despite contrasting with those that surrounded them.

Fusebox would be, however, under no illusion it was the only studio to notice the opportunity when in the midst of developing Love Island: The Game.

“As we started developing the game we saw more and more similar games coming out and more people entering the narrative space, so by the time we launched Love Island there was a lot of competition,” Othen tells us.

“However, the thing we set out to do to differentiate ourselves from them, apart from the IP, was quality.

“We set ourselves a high-bar in terms of writing and illustration.”

Writing games based on popular IP can be a tricky task, in that a developer has to balance their creative ambitions while appeasing the IP holder.

We had a fair bit of creative freedom to come up with stories and characters that we thought worked well within Love Island’s universe.

While Fusebox had to remain on brand with Love Island, Othen tells us they were still allowed the creative freedom to construct an engaging narrative to compete with others in the App Store.

“We had a fair bit of creative freedom to come up with stories and characters that we thought worked well within Love Island’s universe,” he says.

“And then when we got to the stage where we had created these characters, written these storylines and produced them into shareable form, then we would get together with ITV to make sure they were on brand.”

Other challenges also arose during development, from more typical games design hiccups of floating heads to more risqué bugs like nude islanders, the latter of which definitely not being intentional, claims Othen.

A more common problem known to narrative games is that of balancing quality content with enough quantity to keep players occupied, with the balancing act involving the two becoming more apparent to Fusebox upon Love Island’s release.

"With these kinds of games, people consume their content incredibly fast.

"We thought we had produced enough content to keep people occupied for one or two weeks, at least, before we would have to start releasing extra content.

“Within four hours of releasing the game we were already getting messages from people.”

For all the challenges of balancing original and faithful narratives with quality and quantity, Fusebox can count Love Island: The Game a success.

According to App Annie, the game has hit the top 10 for grossing rankings in nine different countries since its launch. Reflection charts in recent months also showed the title as a regular top grossing performer on the UK App Store.

While Othen wouldn’t delve into the numbers behind it, he does admit the success of the game has helped the studio stand out.

“We’ve had a lot of inbound interest from people who would like to explore using their IP in this way, and so I think it absolutely puts us on the map, in that respect,” Othen says.

“These conversations were a little bit harder to have when we were somewhat unproven and made these kinds of games.

“Now that we’ve done it and done it well I think it opens the door to lots of different conversations.

“It’s a great position for us to be in as we want to explore a lot of different licenses.”

Looking towards the future, Fusebox has another iteration of its X-Factor-based game set for an October release. But even further afield, the second season of Love Island: The Game should launch alongside the new season of the TV show next year.

With these kinds of games, people consume their content incredibly fast.

A raft of requested features will be included, such as a wardrobe for clothes purchased in the game. More pressing, however, is a broader appreciation of players’ romantic preferences.

“It’s going to be more repayable in the sense that there are going to be more branches and more opportunities for the player to choose how they want to define their experience in the villa,” Othen tells us.

“We want to allow you to date anyone. A lot of the feedback we’ve had is that people wanted to date and end up with characters that weren’t necessarily romantic options in the first game.

“That was really because when you’re writing a branching narrative, every path you go down creates an enormous amount of writing, so we had four core romantic options in Love Island Season One.

“But in Season Two we really want to find a way to allow you to couple up with anyone.”